The game will be broadcast live on Sky Sports Main Event and Sky Sports Premier League.

Come back later for preview and match prediction.

The FTG archives show that Brighton & Hove Albion played AFC Bournemouth in April. It was a Premier League match. The winners after 90 minutes were AFC Bournemouth securing a margin of 0-5.

Reviewing the last decade, these sides have played 12 times. Brighton & Hove Albion have run out winners in 1 of them; AFC Bournemouth have won 6 times. There have been 5 draws.

Combining their head-to-head record, there has been an average of 2.67 goals per game. Brighton & Hove Albion score an average of 0.92 and their opponents, AFC Bournemouth have scored an average of 1.75.

In terms of the impact of home advantage in this match-up, whichever side has been home has won 8% of the matches between them. The visiting side has won 50%. 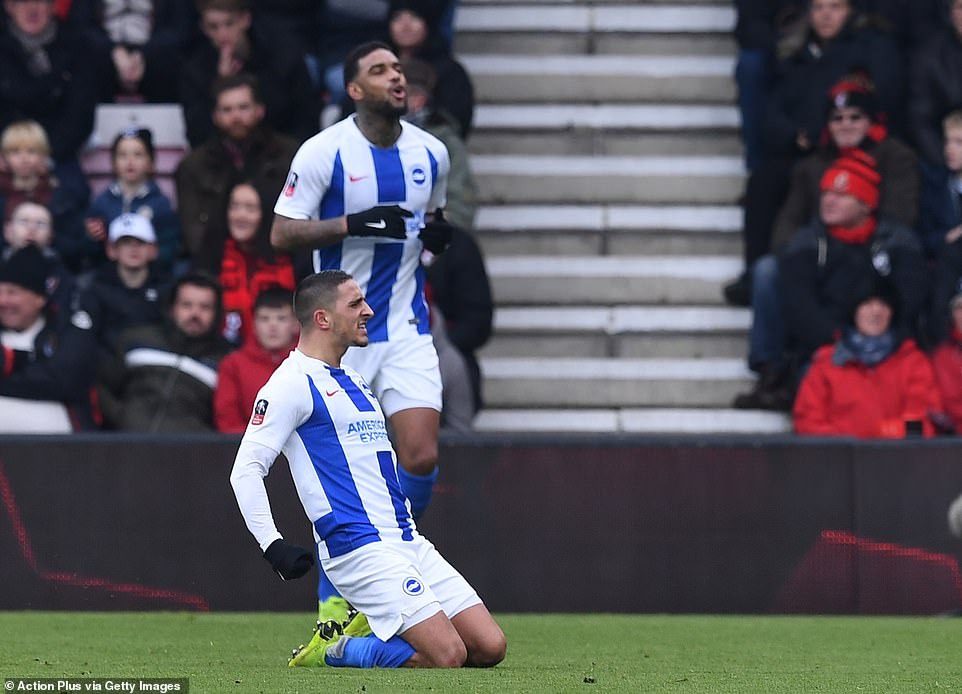 In 12th place in Premier League with 20 points is the home team.

When at home in this time, their average number of goals scored is 1.05 and they have conceded 1.41 on average.

Their recent performance data shows that they have a total of 16 goals in their last ten matches and this has led to their current win rate of 40%. The total number of times that Brighton & Hove Albion and whoever they’ve played have also scored is 7 matches in those ten and the total number of matches with over 2.5 goals scored is 7 from the last ten. They have scored at least once in each of their last 4 matches.

AFC Bournemouth have 19 points in The Premier League. They are in 14th position.

When the visiting side in this time, their average number of goals scored is 1.22. They have conceded 2.0 on average.

In their last ten matches they have averaged 0.6 goals per match and in this time they have a win rate of 20%. The total number of times both AFC Bournemouth and the opposition have scored is 3 out of the ten… The number of matches with three match goals or more is 4 games in these last ten outings.