It’s a very  interesting football match in Serie Tim A.

They will  try to show us their best skills, combinations and tactics to win this match.

The table position of Juventus is 2-th place and has 42 point.

The table position of Cagliari is 6-th place and has 29 point.

The favorite team is Juventus, but Cagliari try to take minimum 1 point or win the game. 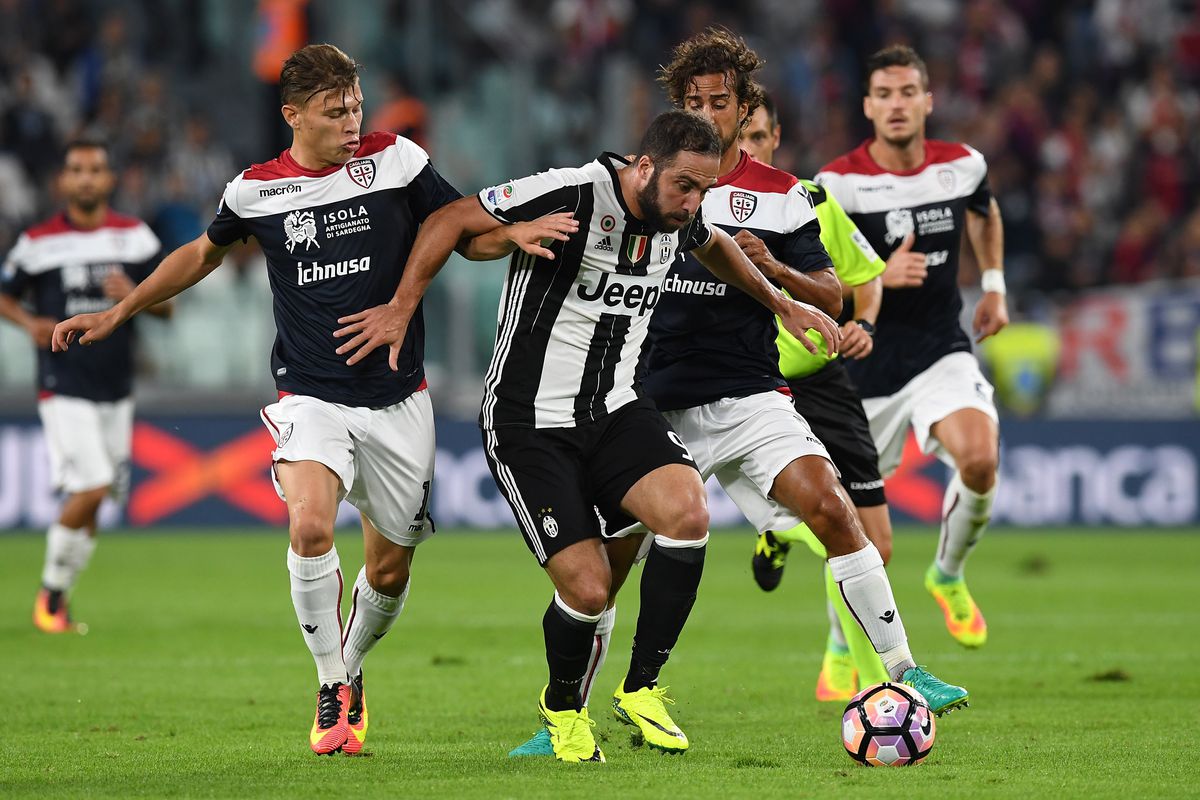 In their most recent head-to-head, Juventus played Cagliari in April, in what was a Serie A game. The winners at the final whistle were Juventus – with a final score of 0-2.

Reviewing the last decade, these sides have gone head-to-head 18 times. Juventus have won in 15 of these head-to-head matches, while their opponents, Cagliari have not won. There have been 3 draws.

Looking at the match-up in terms of Home and Away performance, whichever side has been at home has won 83% of these games and their visitors have won 0% of the time. Currently, Juventus have 42 points in the league, which puts them in 2nd place.

During this recent year, they average 1.65 goals per match. They have conceded an average of 1.06.

On average they have scored 2.04 times when at home in this same period and they have conceded 1.04.

Their recent performance, both home and away, shows that they have a total of 18 goals in their last ten matches. In this time they have a win rate of 70%. Of those ten matches, 7 of them have seen both sides score. There have been 7 matches with over 2.5 goals.

And they are also on a run of 21 matches in a row in which they have scored.

Ahead of this one, Cagliari have 29 points in the Serie A which puts them in 6th position.

Over this 12-month period, they average 1.42 goals per match. They have conceded an average of 1.4.

On average they have scored 1.15 times when away in this period; they have conceded 1.4.

In their last ten matches they have averaged 2.3 goals per match and in this time they have a win rate of 50%. In terms of the BTTS, 9 of these games have been matches where both teams have scored; and there have been 8 matches with three goals or more.

And they have scored at least once in each of their last 17 matches.