Coming up on Saturday afternoon (UK time), in a Premier League fixture, Watford will take on Liverpool at Vicarage Road Stadium with a 5:30pm kick-off.

Sky Sports Premier League will be showing this match in the UK.

Come back later for full preview and match prediction.

Watford played Liverpool in December; it was a Premier League game. The winners after 90 minutes were Liverpool securing a score of 2-0. And M. Salah scored two goals for the away side.

Over the last ten years of results, these sides have met a total of 9 times. Watford have won in 1 of these head-to-head matches. Liverpool have won 7 of these clashes. The other match ended in a draw.

In terms of home advantage in this match-up, whichever team has been at their home ground has won 11% of the time. The visiting side has won 77% of the matches in this head-to-head. 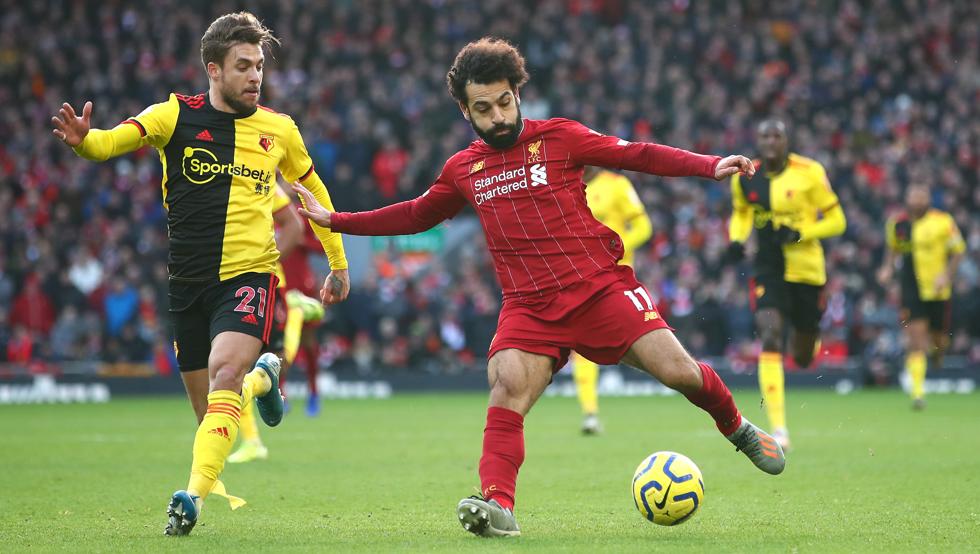 Watford have 24 points in the league, putting them in 18th position.

During this recent year, they average 1.13 goals per match. They have conceded an average of 1.76.

On average they have scored 1.46 goals when at home in this period; they have conceded 1.42.

In their last ten matches they have scored 18 goals and this has led to their current win rate of 40%. There have been 6 occasions when both Watford and their opponents have scored and the total number of matches with over 2.5 goals scored is 6 from the last ten.

And they have scored at least once in each of their last 3 matches. As we look ahead to this one, Liverpool have 70 points in the Premier League, putting them in 1st position.

During this recent year, they average 2.23 goals per match. They have conceded an average of 0.94.

On average they have scored 2.0 times when away from home in this same period and they have conceded 0.87.

As far as their recent activity goes, combining home and away fixtures, they have a total of 16 goals in their last ten matches; 8 of these matches have been wins. The total number of times both Liverpool and the other team have scored in these games is 2 out of the ten and the total number of matches with over 2.5 goals scored is 3 games over this same period.