Bolivia vs Argentina: qualifying for the World Cup - how and where to watch it - schedules, TV, online

The Argentine team has already arrived in Bolivia. After a final training session in Ezeiza, Lionel Scaloni's men flew to the Bolivian capital, La Paz. La Albiceleste will face Bolivia on Tuesday, October 13 at the Hernando Siles Olympic Stadium for the second day of the qualifying rounds for the Qatar 2022 World Cup. A match that fans from the United States and Puerto Rico can watch on the online platform Fanatiz.

The Argentine squad arrived safely in the Bolivian capital and trained in the town of Achumani, at the facilities of the Bolivian team, The Strongest. Paulo Dybala has been ruled out due to an intestinal problem. The Juventus midfielder did not travel to La Paz with the rest of his teammates and also missed the match against Ecuador due to injury. 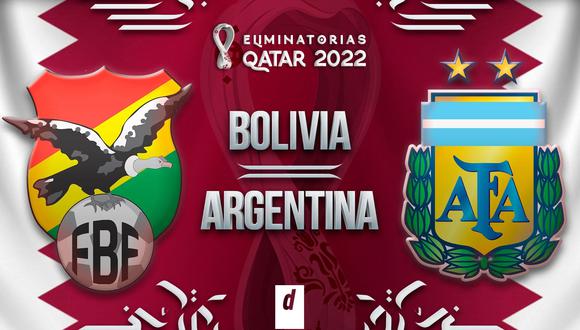 Argentina opened their campaign with a 1-0 victory over Ecuador. The victory was courtesy of Lionel Messi's early penalty after Lucas Ocampos was prevented, with Argentina far from their best at La Bombonera, however, head coach Lionel Scaloni was not overly concerned about Argentina's disjointed performance. Argentina is now undefeated in their last eight games, while Messi raised his tally to 71 goals with La Albiceleste .

Bolivia enjoyed a 2-0 home win over Argentina in qualifying for the 2018 World Cup, and climbing high will be a serious test for Scaloni's team.

What time does the Bolivia vs Argentina match start?

For any other place in the world, you can check here what time the game starts here.

Where can I watch Bolivia vs Argentina?

If the match is scheduled to be shown in your country, you can see here which channels and/or online platforms will show the Bolivia-Argentina clash.