Chile invites Colombia to the Julio Martínez Prádanos National Stadium, Santiago, on Tuesday night in the second round of the South American qualifiers for the 2022 FIFA World Cup.

The best continental teams head into the game after having enjoyed contrasting starts to their respective campaigns. Chile was defeated 2-1 by Uruguay, while Colombia impressed in its 3-0 victory over Venezuela.

Chile has an easier selection of scheduled matches after their showdown with Colombia, so they only need to avoid defeat here to climb the rankings, but Los Cafeteros are in great shape and won't go down easily. A gift awaits us when these sides meet on Tuesday. 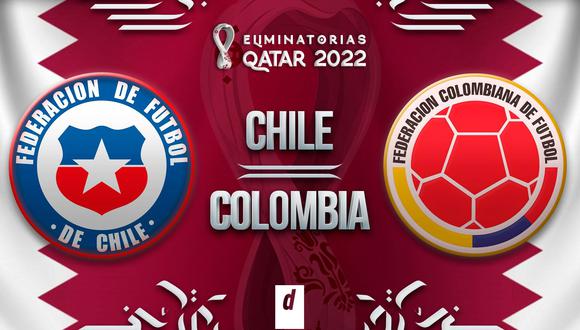 Chile and Colombia have met 30 times in all competitions, mainly in qualifying matches for the Copa América and the World Cup. The head-to-head record is in favor of the hosts, who have won 14 of their 30 matches, Colombia has seven victories and nine matches ended in a draw.

In their last encounters, Chile is undefeated in the last six encounters and has tasted defeat only once in the last 10 matches between the two teams. In their last match at the Copa América last year, Chile beat Colombia on penalties in the quarterfinals of the competition.

Chile fought valiantly against Uruguay last week, but it was not enough. Alexis Sánchez scored a center goal from Charles Aránguiz, so the pair must retain their place against Colombia. In midfield, Rodrigo Echeverría could team up with Arturo Vidal to provide some defensive strength.

Colombia showed its offensive might against Venezuela when it found the back of the net three times in the first 45 minutes. James Rodríguez continued his impressive form at Everton with his national team, but it was the Atalanta duo of Luis Muriel and Duvan Zapata who shone in victory.

After Brazil, Colombia probably has the strongest team in the competition and what makes them even more dangerous is the fact that almost all of their attacking players are in top form. There are many players who can score goals for Colombia, so their attacking options give them a great advantage.

Chile, on the other hand, has not been in the best of form in recent matches and often rely on Alexis Sánchez for goals. They do not have a strong defense at the moment and will fight to contain Colombia. We anticipate a victory for the visitors in this match.