Venezuela is the only CONMEBOL team that has never participated in a single World Cup tournament and hopes that the 2022 edition will be its year.

However, their first match in the quest to qualify for Qatar is far from ideal, as they face a strong Colombian team that reached the knockout stages of the 2018 FIFA World Cup before losing on penalties. against England.

For Colombia, it is vital that they start their qualifying campaign on a winning note, as a difficult trip to Chile follows this first match.

The CONMEBOL qualifier sees 10 teams battle it out at home and away in a free-for-all league system. The top four countries qualify directly for the 2022 FIFA World Cup, while the fifth team clinches a spot in the inter-confederations playoffs. 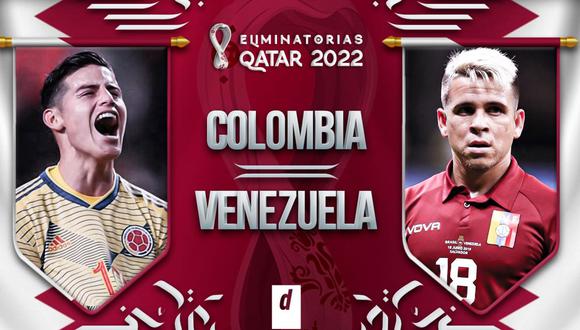 Colombia vs Venezuela head to head

These two teams have faced each other 47 times, and Colombia asserts its authority over Venezuela most of the time. The home team has won 24 previous meetings, while the away team has only had seven victories. Their last meeting, however, ended in a 0-0 draw.

It's difficult to comment on the recent form of either team, as both played a competitive match for the last time nearly a year ago. Colombia recorded 1-0 victories over Ecuador and Peru, while Venezuela thrashed Japan 4-1.

Home team poster boy James Rodriguez has been in brilliant shape lately. He has lit up the Premier League since moving to Everton and scored a double in his last outing before joining his national team.

Head coach Carlos Quieroz has a number of attacking options at the top, so scoring goals shouldn't be a problem.

The visitors may not be able to match Colombia's star-studded squad on paper, but they do have a number of exciting players of their own. Former Juventus player Tomás Rincón is a Venezuelan soccer legend in every sense of the word. He is one of only three players to have won more than 100 games with La Vinotinto and is currently the captain of the squad.

Yangel Herrera, 22, on loan from Manchester City to Granada, is one of the most exciting midfielders in La Liga. His teammate Darwin Machis has also been in good shape lately, and the responsibility for creating an offensive spark will fall on his shoulders.

Colombia is a very difficult team to beat, especially in its own lair, and Venezuela will be aware of its supreme quality throughout the field. Los Cafeteros have a number of players in excellent shape for their respective clubs, and they will be eager to bring that to this game.

If Venezuela wants to take something away from this game, it will have to be expressive and not just focus on keeping the opposition at bay. Rondón and Machis are more than capable of giving the home defenders a difficult time, but it is unlikely that will be enough and Colombia should win this match.