Argentina vs. Uruguay predictions: Lionel Messi and company will face their South American rivals in the ongoing Copa America 2021 on Friday. 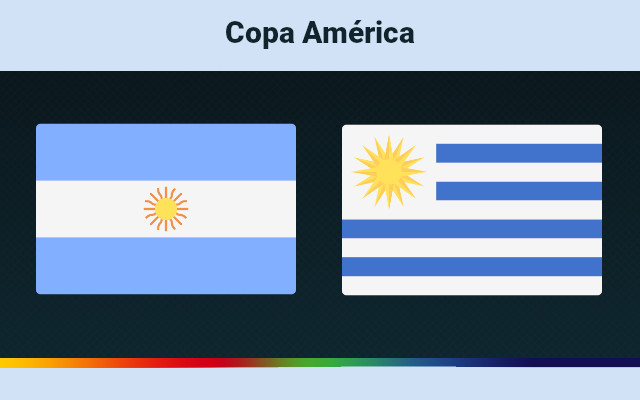 Prediction and preview for Argentina vs. Uruguay

Argentina began their Copa America campaign with a disappointing 1-1 draw against Chile. Lionel Messi's exquisite free-kick gave them the lead, but Eduardo Vargas equalized to share the spoils. Chile could have won by more, but Emiliano Martinez saved a crucial Arturo Vidal penalty, ensuring La Albicleste got a point from their opener. Argentina are expected to mount a serious title challenge in what could be Messi's final Copa America appearance, and they will be desperate to win to improve their chances of qualifying in one of the top few spots.

Uruguay, on the other hand, comes into this game after three consecutive goalless draws in World Cup Qualifying games. Oscar Tabarez's side should be concerned that Luis Suarez and company were unable to punish Paraguay and Venezuela. La Celeste will be firmly focused on the Copa America, where they will attempt to win the continental trophy for the 16th time, having not won since 2011. Argentina, on the other hand, will be favorites, and three points are expected on Friday night.

Head-to-head record between Argentina and Uruguay

Team news for Argentina vs. Uruguay

Argentina manager Lionel Scaloni has his entire squad at his disposal, with Lionel Messi leading the line alongside Lautaro Martinez and Nico Gonzalez. After Gonzalez's wastefulness in front of goal, Sergio Aguero will hope to get a look in, and that could be the only change to the starting XI. In terms of Uruguay, Luis Suarez and Edinson Cavani should lead the line, while Jose Gimenez and captain Diego Godin should continue to work together in the defensive midfield.

Team news for Argentina vs. Uruguay:

Argentina vs. Uruguay will be broadcast live in India on Sony Sports Network, which has Copa America 2021 live broadcast rights. The Copa America 2021 live broadcast will be available in India on Sony Ten 1 SD/HD in English, with an alternative Hindi commentary available on Sony Ten 3 SD/HD. The Argentina vs. Uruguay live stream will be available in India via subscription to the Sony LIV app. Meanwhile, fans can follow both teams' and the tournament's official social media accounts for live match updates, scores, and in-game highlights.