Belgium and Russia will meet on the second day of the European Championship on Saturday, in what will be their sixth meeting at a major tournament, but the first at the Euros. 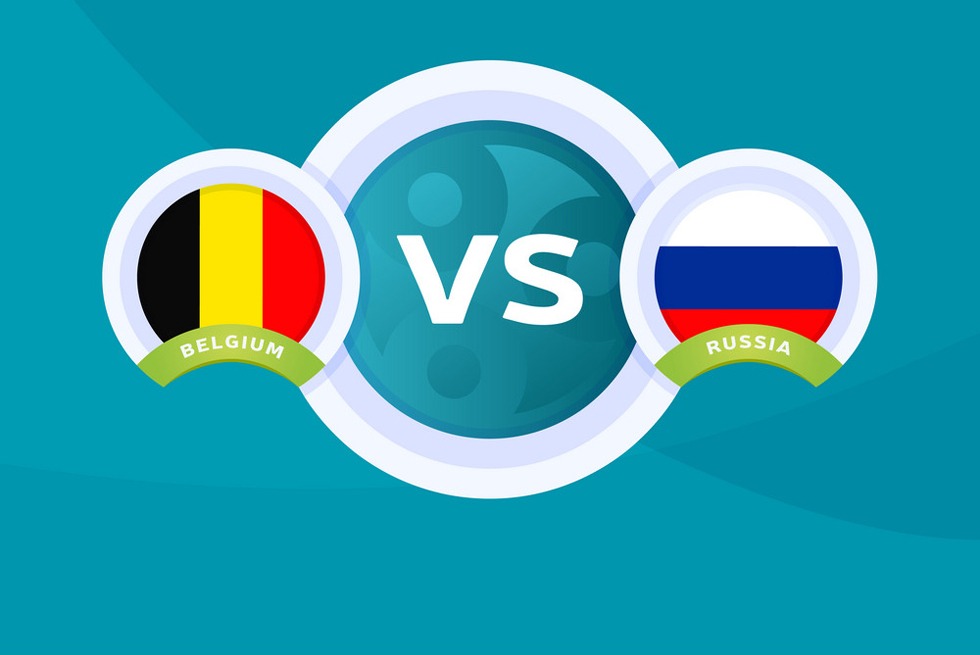 Russia won the first two meetings, both as the USSR, at the 1970 and 1982 World Cups, but Belgium has won all three subsequent meetings.

Latest Odds for Belgium vs. Russia

The odds on Belgium winning at the Gazprom Arena are (1.77) with BigiBet.

Belgium's last 12 European Championships games have all ended in a draw (W5 L7), but a draw against the East European nation is worth a point (3.60).

Roberto Martinez will be without playmaker Kevin De Bruyne, who had surgery after suffering a facial fracture in the Champions League final against Chelsea. Axel Witsel is out due to an Achilles injury, and Eden Hazard's fitness is in doubt for the trip to St Petersburg.

Leandro Trossard and Dedryck Boyata, on the other hand, have recovered from knocks and could be available for the Red Devils.

For Russia, Roman Zobnin has recovered from an unspecified injury, but Fedor Kudryashov will miss the match due to a calf injury. After testing positive for the coronavirus, Andrey Mostovoy was replaced by Roman Evgeniev.

Belgium was one of only two teams – along with Italy – to win all ten of their Euro 2020 qualifying games (10/10). They also scored more goals (40) than any other team while posting the joint-best defensive record (three goals conceded in ten games).

With seven goals in 15 games, Romelu Lukaku is Belgium's leading scorer at major tournaments (World Cup and European Championships). Six of the seven goals were achieved during the group stages. Only Harry Kane (17) was directly involved in more goals than Russia's Artem Dzyuba in the Euro 2020 qualifying campaign, with 14, nine goals, and five assists.

Martinez is in his second major tournament as Belgium's head coach. He led the Red Devils to third place at the 2018 World Cup in Russia, their best-ever finish at the tournament.

Stanislav Cherchesov's second major tournament as Russia's head coach, following the World Cup and the European Championships. In the 2018 World Cup, he led Russia to the quarter-finals, their best finish in the competition since the dissolution of the Soviet Union.

Tips and Predictions for Belgium vs. Russia

Belgium has scored 14 goals in the last five games, conceding three and keeping two clean sheets. Russia has scored eight goals, conceded five, and only kept one clean sheet. BigiBet is offering a bet of over 2.5 goals at (2.01).