Chile vs Paraguay Live Copa America 2021: Predictions, odds and how to watch in the US

Chile and Paraguay face off in Copa America 2021 Matchday 4 today, June 24. Find out everything you need to know about this match, including information, predictions, odds, and how to watch it in the United States, right here. 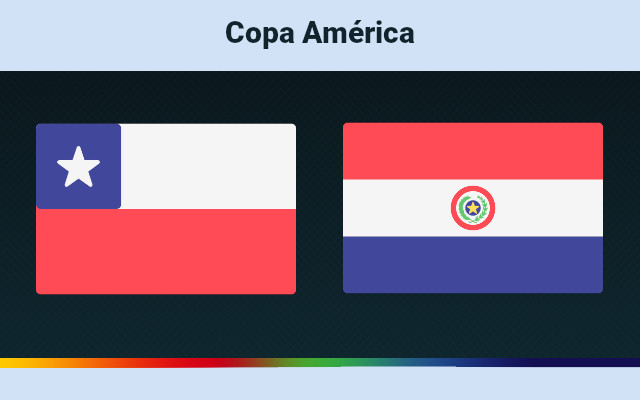 Chile will play Paraguay today at the Estadio Mane Garrincha in Brasilia in an attempt to secure a place in the Copa America 2021 quarter-finals. It is their final game of the group stage before the playoffs begin. Discover the match preview, information, storylines, predictions, odds, and how to watch this game in the United States.

Chile is currently second in Group A with five points from three matches. Martin Lasarte's team is still unbeaten in the tournament, thanks to a 1-0 win over Bolivia and draws against Argentina (1-1) and Uruguay (1-1) in the first two games.

Paraguay, on the other hand, was defeated 1-0 by Argentina in their previous meeting. Despite the defeat, Eduardo Berizzo's team had numerous chances to cause havoc on the Albiceleste, particularly with Miguel Almirón. They will try to capitalize on their efforts against Chile. To advance to the next round, they must win one of their final two games.

The venue is the Estádio Mané Garrincha in Brasilia, Brazil.

Chile vs. Paraguay: Time in the United States

Storylines in Chile vs. Paraguay

Chile and Paraguay have met 62 times, with the record indicating a close match. With 28 wins to Chile's 27, Paraguay has a better record against La Roja. They've drawn seven times now.

La Albirroja also has a good record against Chile in the Copa America. They've met 21 times in the tournament, with Paraguay winning 12 of them. Chile has seven, two of which are ties. The most recent meeting in the competition took place in 2004, and it ended in a tie.

They last met in August 2017 during the Conmebol World Cup Qualifiers. Paraguay won easily that night, thanks to goals from Victor Caceres and Richard Ortiz, as well as their own goal.

In the United States, how can I watch or live stream Chile vs. Paraguay?

The match between Chile and Paraguay, which takes place on Thursday, June 24, will be broadcast in the United States by Foxsports.com, TUDN App, FOX Sports App, Fox Sports 1, Univision NOW, TUDN.com, Univision, and TUDN USA.

Chile vs. Paraguay: Predictions and odds

For this match, the oddsmakers have already made their predictions. Chile is the favorite, with odds of +125, while Paraguay has odds of +230, according to FanDuel. A tie results in a +180 payout.