Copa America in Brazil rolls on as Colombia will square off in Group B action against Venezuela on Wednesday at Estádio Olímpico Pedro Ludovico in Goiânia. The Colombians will try to nab six points from a possible six after opening their group stage campaign with a 1-0 win over Ecuador. Venezuela is searching for their first victory in the competition after a 3-0 loss to Brazil.

Colombia: Los Cafeteros got their tournament off to a good start thanks to some set-piece training ground magic likely orchestrated by manager Reinaldo Rueda. James Rodriguez -- who was working his way back to fitness -- not being named on the roster hasn't gone without criticism, but a win to open the competition helps quells any criticism heading Rueda's way. Edwin Cardona's goal against Ecuador was one for the highlights, and his efforts in front of goal will likely keep him the next starting XI -- along with frontman Miguel Borja who supplied the assist -- against a Venezuelan side that is struggling.

Venezuela: Los Vinotonitos got off to a rocky start in their Copa America campaign with a big 3-0 loss to host nation Brazil. It was a tall task to face off against the reigning Copa America champions at home, while dealing with a number of COVID-19 cases among their team. There is likely to be little rotation due to the health circumstances, but the team might need more from MLS stars José Martínez and Cristian Cásseres.

Colombia picks up another win as they control the possession against the Venezuelans. Pick: Colombia 2, Venezuela 0 (Colombia -320)

Colombia entered Copa America in a strange period, without Radamel Falcao and James Rodriguez due to injury, and in the uninspiring form in World Cup qualifying. They had won two, drawn two, and lost two of their six games, and opened Copa America against a team that beat them 6-1 under a year ago. However, Colombia allayed any fears with a hard-fought 1-0 victory to take the second spot in Group A after one game, behind only Brazil. With four of the five teams in Group A going through, Colombia will already feel confident of progression, but another victory would surely all but secure it. 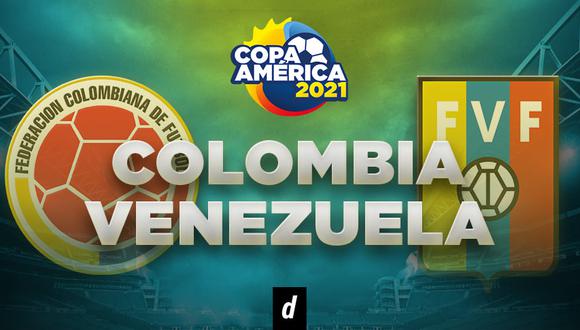 On the other side of this match, Venezuela will be looking to keep their Copa America journey alive. Although one defeat alone is not damaging in the Copa America group stage, a second could put them on the brink of an early exit – having to chase in their remaining two matches. There were extenuating circumstances in the 3-0 defeat to Brazil, but it was a continuation of their recent form, with Venezuela winning just one of their six games going into Copa America, losing four.