Croatia will face Spain in a hotly contested Euro 2020 last-16 match in Copenhagen this evening.

Croatia, who finished second to England in Group D after defeating the Czech Republic, has been dealt a huge blow with the news that Ivan Perisic has tested positive for Covid-19.

The influential, 104-cap Inter Milan forward, who played all but nine minutes of the group stage campaign, scoring against both the Czechs and Scotland, has entered a 10-day period of self-isolation and will also miss the quarter-finals and semi-finals if Zlatko Dalic's side advances that far in a second consecutive major tournament.

Ante Rebic of AC Milan is expected to replace Perisic, rejoining the attack alongside Nikola Vlasic and Bruno Petkovic.

Duje Caleta-Car is also expected to replace Dejan Lovren in defense, while Sime Vrsaljko of Atletico Madrid will fight to reclaim his right-back spot from Josip Juranovic. 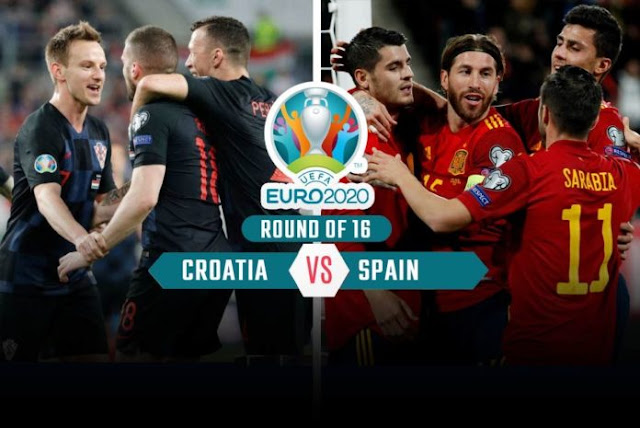 Spain's uninspiring campaign, which began with a string of low-key draws, culminated in a 5-0 thrashing of Slovakia in Seville, as they finished second in Group E behind Sweden.

Luis Enrique may stick with the same starting lineup that started the thumping win, though Pau Torres and Marcos Llorente could replace Eric Garcia and Chelsea captain Cesar Azpilicueta in defense.

Predicted lineups for Croatia vs. Spain

Lovre Kalinic, Dominik Livakovic, and Simon Sluga are the goalkeepers.

If they are booked, Croatia's Duje Caleta-Car, Marcelo Brozovic, and Mateo Kovacic, as well as Spain's Pau Torres, Sergio Busquets, Rodri, and Jordi Alba, will miss the next match.