The knockout stage of the Euro Cup 2021 will begin on June 26 after the group stage concludes on June 24 with some high-octane clashes (Indian time). The Group of Death lived up to its billing on the final day of the group stage. France, Germany, and Portugal advanced from Group F, while Hungary was knocked out. The Portuguese and Germans, on the other hand, did not have an easy ride. These two teams were on their way out for a long time before they were able to secure their places in the next round of Euro 2020. 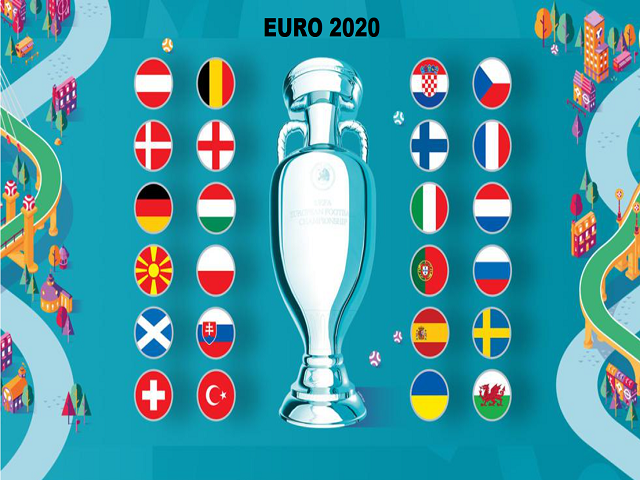 Leon Goretzka's late equalizer saved the day for the Germans, putting an end to Hungary's glorious attempt. In the other game, Portugal took the lead against the World Champions before Karim Benzema scored twice on either side of the break to give France the lead. Cristiano Ronaldo, on the other hand, lived up to his star status, scoring his second penalty of the day to tie the game. Portugal, the defending champions, finished third on the table, qualifying as one of the best third-placed teams.

Ronaldo and his teammates will now travel to Seville, Spain, for a round-of-16 match against Belgium, which is ranked first in the FIFA rankings. They couldn't have asked for a more difficult tie as tournament favorites. Belgium finished the group stage with a perfect 9 points, while Portugal survived the Group of Death. Place your bets at your own risk!

Germany, another Group F survivor, will face England at Wembley Stadium in London. The last time the three lions beat the Germans in a competitive game was in 2001. Given Germany's inconsistency, the English team may not have a better opportunity to win than now. France, the group winners and world champions, will face Switzerland in Bucharest.

In Group E, Spain finally woke up to a 5-0 thrashing of Slovakia, equaling the Euro's record winning margin. Croatia, the 2018 World Cup finalists, will now face the team in Copenhagen. Sweden, the winner of Group E, will face Ukraine, which earned the last of the four spots available for third-placed teams.

Other than Belgium, the only teams in the group stage to score all nine points were Italy and the Netherlands. While Italy takes on Austria in London, the Netherlands takes on the Czech Republic in Budapest. Denmark, led by Christian Eriksen, will face Wales in Amsterdam.

The following teams have qualified for the second round of Euro 2020:

As the group's runners-up

The Sony LIV app will broadcast live Euro Cup 2021 round of 16 matches.

The full schedule and match times for the Euro Cup 2021 round of 16, quarterfinals, semifinals, and final as per Indian Standard Time can be found here:

The complete schedule for the Euro Cup 2021 Quarter-Finals can be found here.

Belgium/Portugal vs. Italy/Austria in the second round (12:30 AM IST, Munich)

Sweden/Ukraine vs. England/Germany in the fourth round (12:30 AM IST, Rome)