France vs Switzerland Live Euro 2020 round of 16: preview, predictions and team news

Switzerland must defeat world champions France and stop their talented attacking trio of Karim Benzema, Antoine Griezmann, and Kylian Mbappé if they are to advance to the Euro 2020 quarter-finals.

Mbappé, of PSG, has yet to score a goal in the tournament, but his speed and power can cause problems for any defense. According to Uefa.com's Vieri Capretta, Switzerland's right-wing-back Silvan Widmer will likely be tasked with marking the 22-year-old in Bucharest on Monday.

When asked about the French striker, Widmar responded, "He's a train." Obviously, if you're up against a player like Mbappé, you'll need the entire team's assistance. We'll have to go all-in on him.”

The Swiss defender, on the other hand, is prepared for the fight. “I'm confident we'll be able to stop him,” said Widmer. “We are not afraid.”

The winners will face Croatia or Spain in the Euro 2020 quarter-finals on Friday, July 2nd, in Saint Petersburg. 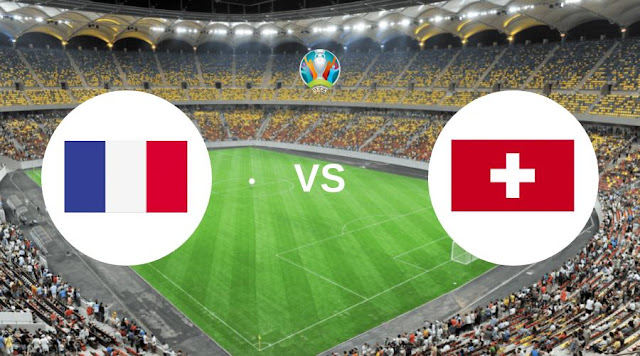 The match between France and Switzerland in the Round of 16 takes place on Monday, June 28th, at the National Arena Bucharest in Romania. The game begins at 8 p.m. (BST) and will be broadcast live on ITV and ITV Hub.

News about the France team

According to Reuters, French head coach Didier Deschamps is suffering from a slew of injuries. Adrien Rabiot is still not fully recovered, while Thomas Lemar suffered a leg injury and Marcus Thuram hurt his right thigh in training on Thursday. Meanwhile, forward Ousmane Dembele has been ruled out of the rest of Euro 2020 due to a knee injury, and left-back Lucas Digne is doubtful for the round of 16 matches due to a hamstring injury.

According to David Crossan, Uefa.com's France reporter, Lucas Hernández is a doubt due to a knee injury. The world champions "reportedly practiced a 3-5-2 in closed-door training on Saturday, with Clément Lenglet coming into the back three."

News from the Switzerland team

According to Uefa.com reporter Vieri Capretta, right center-back Nico Elvedi has recovered from a foot injury and will play in the defensive three alongside Manuel Akanji and Ricardo Rodrguez. There are no other injuries or suspensions for Swiss head coach Vladimir Petkovic to deal with.

France vs. Switzerland: Predictions and Odds

Didier Deschamps' France has a reputation for not exerting itself until it is absolutely necessary. It should stick to its game plan against Switzerland and spend only what is necessary to secure a comfortable victory.

In this vein, it could be an opportunity for French star Mbappe (0.9 expected goals so far per FBref), who has only stood out for disallowed goals, to capitalize on the occasion with a goal or assist. On that front, there are some intriguing odds available.

It would be a mild surprise in this match if Switzerland could also score and keep things interesting for a while. If you believe there will be a Swiss goal in this game, there is some value in betting on “both teams to score.”

France 2, Switzerland 1 is the prediction.