Tonight is the first of two pre-Euro 2020 warm-up matches between Wales and France.

Everything you need to know about the match against Les Bleus is right here. 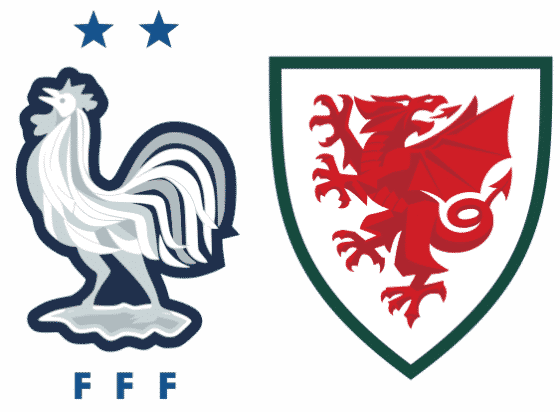 When does France vs. Wales kick off?

Is France vs. Wales on television?

Sky Sports will broadcast the game live. Coverage begins at 7:45 p.m. on their Football channel.
S4C will also have live coverage beginning at 7:50 p.m.

How about real-time streaming?

Sky Sports subscribers will be able to watch the game live on the Sky Go app.

What is the most recent team news?

Ben Davies, Aaron Ramsey, and Joe Allen are all being monitored, but they could all see action against the reigning World Cup champions.
Tom Locyker is expected to miss the game as he works his way back to full fitness after missing time due to an ankle injury.
Matt Smith, the team's midfielder, will miss the game due to personal reasons.
James Lawrence, who withdrew from the Euro 2020 squad, will miss out due to a calf injury sustained during last week's training camp in Portugal.

What did the manager say?

"They [France] have a decent squad, don't they?" Page stated.
"They could compete in the Euros by selecting one of three 11s.
"You want to play against the best, and they certainly fit that description.
"There will be a lot of times in the game when we don't have the ball, but that's part of the exercise to see how we handle pressure and stress.
"Because the way they press is very similar to how Switzerland plays, we chose this friendly because of the similarities going into our first game.
"This game has no points, so there is less pressure. We want to keep the momentum going, of course, but it's about getting our performance across and drip-feeding the minutes to the players who need them to prepare for Switzerland."
>