Italy will play Group A rivals Switzerland in Rome tonight in an attempt to secure their place in the Euro 2020 knockout stages.

The Azzurri, who did not even qualify for the 2018 World Cup, have already advanced to the next round after opening the tournament with a 3-0 victory over Turkey at the Stadio Olimpico on opening night, establishing Roberto Mancini's resurgent side as potential contenders to win the European Championship for the first time since 1968. 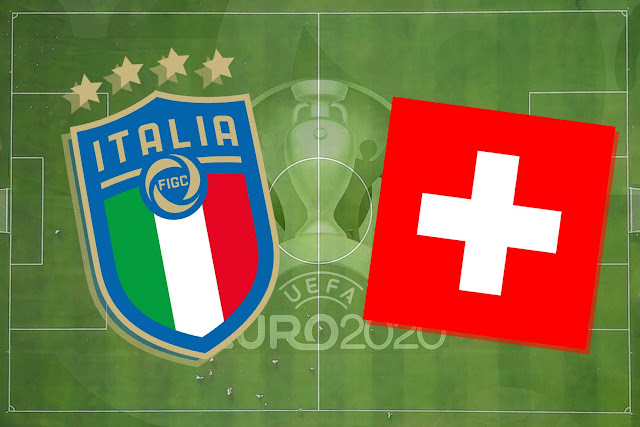 Switzerland thought they were on their way to a valuable first win in Baku on Saturday after Breel Embolo's goal against Wales, only to be pegged back 16 minutes from time by Kieffer Moore's header.

Vladimir Petkovic and his teammates will no doubt have one eye on the crucial match between Turkey and Wales in Azerbaijan before taking the field in Rome.

The game will take place at Rome's Stadio Olimpico.

Where to watch Italy vs. Switzerland on TV: The game will be broadcast live on ITV for free.

Team news for Italy vs. Switzerland

After such an impressive start against Turkey, Mancini will undoubtedly want to keep changes to a minimum.

However, PSG full-back Alessandro Florenzi was replaced at halftime by Napoli's Giovanni Di Lorenzo on Friday and was later diagnosed with an inflammatory muscle injury in his right calf.

Italy are growing increasingly confident that star midfielder Marco Verratti will be fit to play in the group stages — and the midfielder could be named to the bench against Switzerland tonight.

With a knee injury, Verratti missed Italy's opener, but he played 20 minutes in a behind-closed-doors friendly on Saturday and is back in training.

"He's getting better by the day," Italy coach Roberto Mancini said ahead of tonight's game in Rome. "We'll see if he'll be able to play against Switzerland, but we're optimistic about his condition."

Predicted lineups for Italy vs. Switzerland

Prediction for Italy vs. Switzerland

If Italy is as clinical and relentless in front of their own fans as they were on opening night, they will undoubtedly be too strong for Switzerland.
Petkovic's men will be disappointed to have let that lead against Wales slip late in the game, and a loss here will leave them needing a result against Turkey in Baku on Sunday.
>