Football fans were excited when the teams including Nepal and Australia in the World Cup and Asia Cup qualifiers were in the same group. In the home and away group stage match, the performance of the Nepali team against Australia, one of the strongest teams in Asia, was not to be missed.

The Nepali team had reached Australia 20 months ago and played. In which Nepal was defeated 5-0. Nepal had also played away games with Jordan, Chinese Taipei, and Kuwait in the group. The remaining four games were scheduled to be played at Tripureshwor Dasharath Stadium. The home match against Kuwait was played in Bhutan as a neutral venue as the Dasharath Stadium could not be rebuilt. 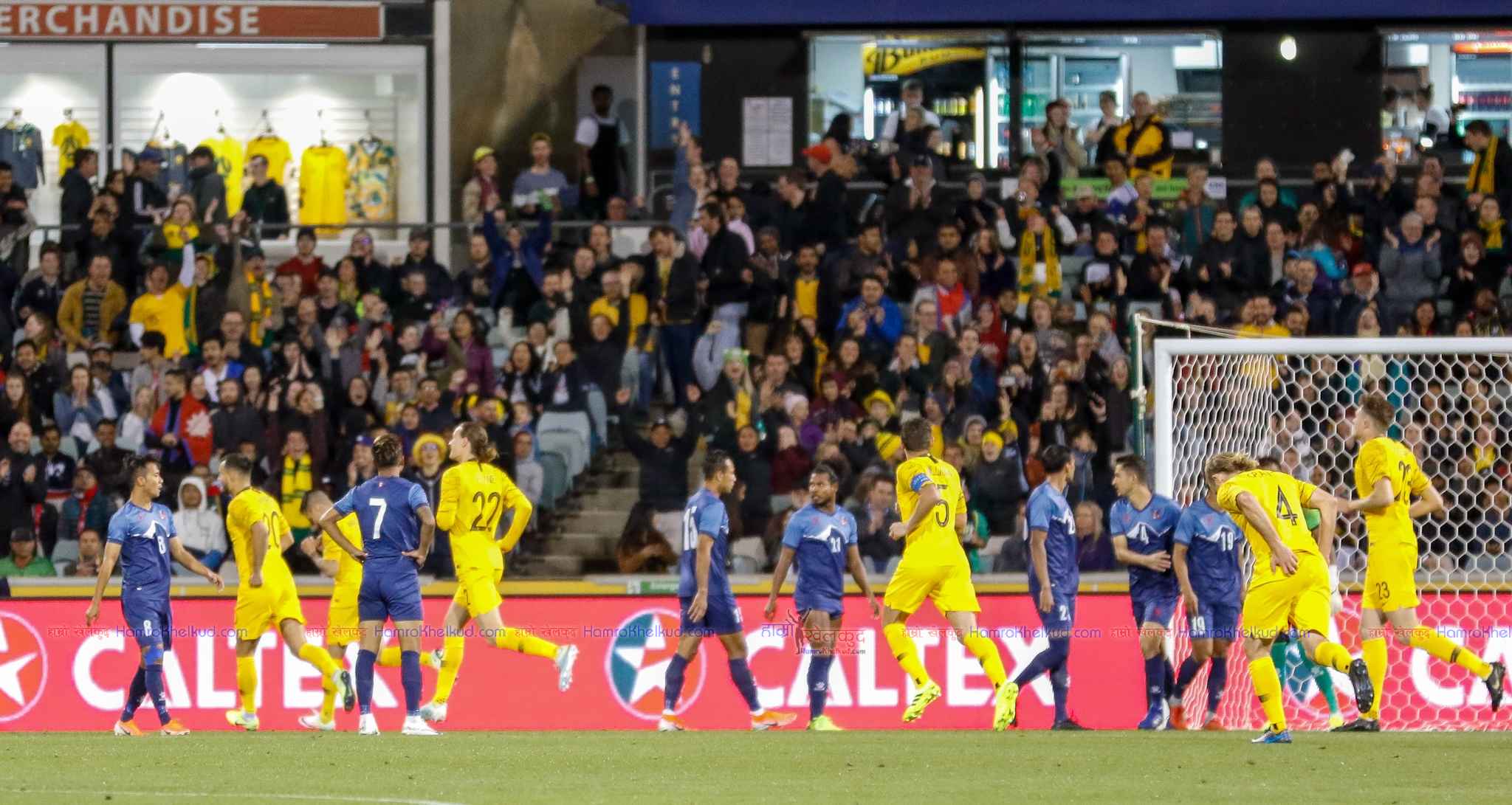 Meanwhile, the stadium was fully constructed for the 13th South Asian Games (SAG). It was decided to be the stadium for the rest of the World Cup and Asia Cup. The Asian Football Confederation (AFC) had also announced the game schedule for Nepal to play Australia, Chinese Taipei, and Jordan in Chait.

However, in the meantime, despite the start of the second wave of Corona, all the games scheduled at Dasharath Stadium were postponed. The desire of the Nepali spectators to watch their team's game against Australia in the stadium could not be fulfilled this time. The remaining three games are currently underway in Kuwait. Nepal defeated Chinese Taipei 2-0 just like in the first leg.

Jordan lost 3-0 in the first leg. In the final match of the group stage, the Nepali team is facing Australia tonight at 9:45 Nepali time. Australia is the only team to have reached the second round of the World Cup qualifiers and the Asia Cup with 100 percent results in the group stage. Australia will complete their goal before the final game if they can beat Nepal today.

For Nepal, which is out of the group stage of the World Cup, there is a slim chance of reaching the third stage of the Asia Cup if they can beat Australia. For that, the fourth-place team of all groups will have to be in the top 4. It is almost impossible for Nepal to beat Australia after losing the previous result. Although coach Almutairi said that he will not play defensively against Australia, in reality, he will reduce the goal difference as he could not stop the first attempt of the Nepali team.

20 months ago and now the Nepali team has undergone a big change. As in the first leg, the team now has 23 players. More than half of the 12 players in the team in the first leg are no more. Despite playing in the first leg, some players have been injured due to failure to make the team and some coaches have not been selected by Abdullah Almutairi.

The first four players are no more

Four of the first-choice players in the first leg against Australia are currently out of the squad. Devendra Tamang, Ranjit Dhimal, Sujal Shrestha, and Ravi Paswan were not in the squad this time. All three except Ravi have failed to make the squad due to injuries.

Nepali team for the second leg against Australia 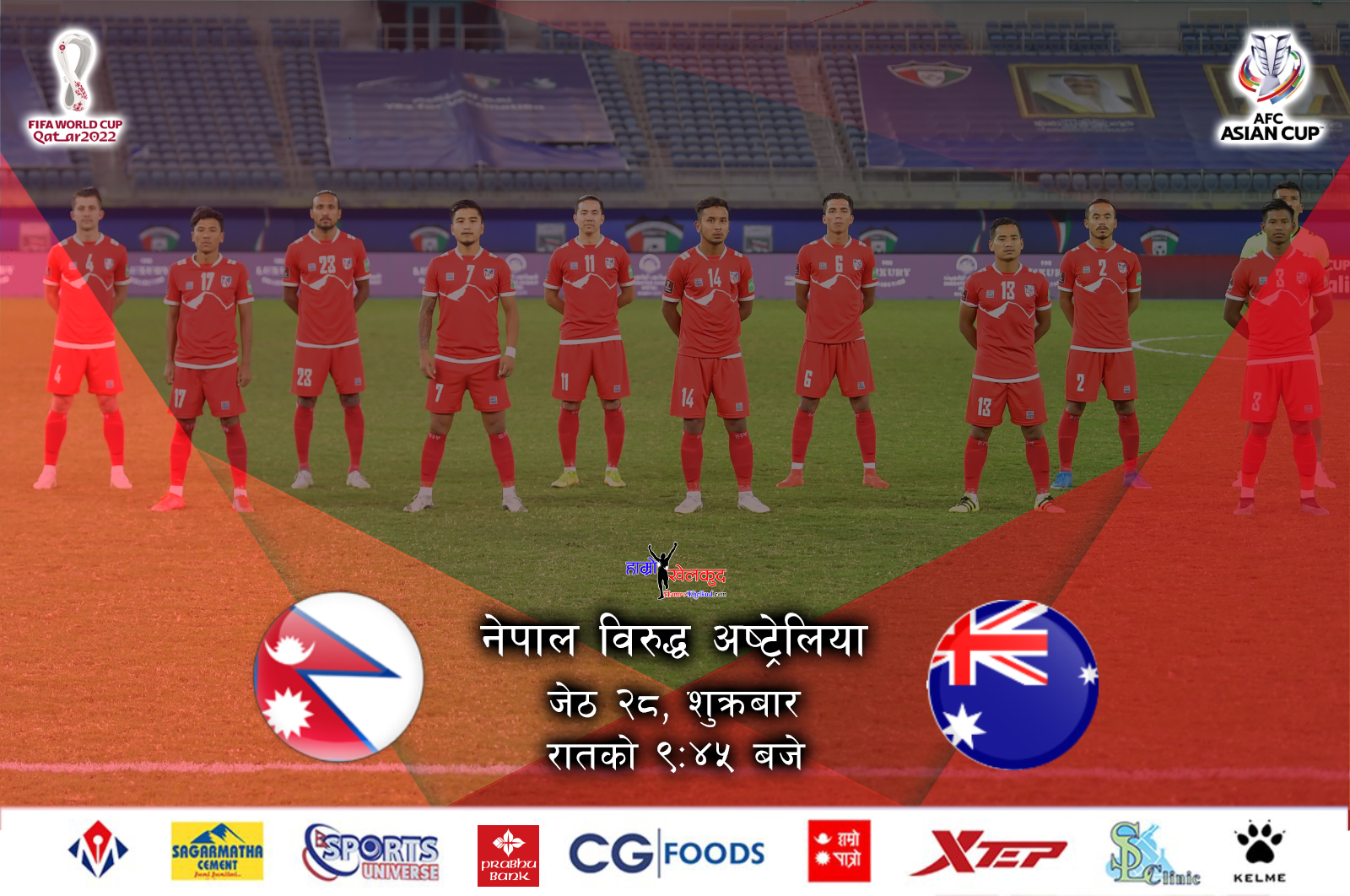