As Russia and Denmark prepare to face off in Copenhagen this evening, three teams remain in contention for second place in Group B at Euro 2020.

After a lackluster start to their campaign against fancied Belgium, Russia rebounded to defeat Finland 1-0 at home in Saint Petersburg, thanks to Aleksei Miranchuk's fantastic finish in first-half stoppage time.

They are currently second in the group, and another victory at Parken Stadium will ensure their passage to the last 16. 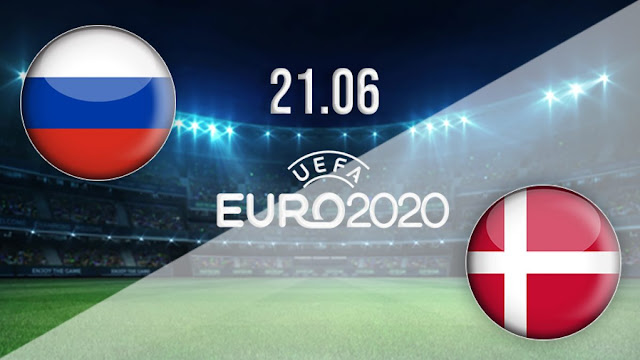 Denmark lost their rescheduled opener 1-0 to Finland following the cardiac arrest of star playmaker Christian Eriksen, who has now been released from the hospital following a successful operation to implant a heart-starting device.

They then took an early lead against the Belgians in Copenhagen, only for substitute Kevin de Bruyne to inspire the world's top-ranked team to a 2-1 comeback win in a match that included a touching tribute to Eriksen.

After two defeats, Denmark needs to beat Russia on Monday and hope that Belgium takes care of business against Finland in Saint Petersburg at the same time.

The game will take place at Copenhagen's Parken Stadium.

Where to watch Russia vs. Denmark on TV:

The match between Russia and Denmark will be broadcast live on BBC Two for free on Monday.

Team news for Russia vs. Denmark

Mario Fernandes, a Brazilian-born Russian defender, landed horribly on his back during a nasty fall while competing for a header against Finland and received lengthy treatment on the pitch before being stretchered off.

The right-back was taken to the hospital, where it was determined that he had no spinal injuries. Russia stated that he would be closely monitored by team doctors.

Meanwhile, Denmark manager Kasper Hjulmand named 20-year-old Sampdoria winger Mikkel Damsgaard as a replacement for Eriksen against Belgium, and Southampton defender Jannik Vestergaard was also called upon in an attempt to contain Roberto Martinez's star-studded side.

Ex-Cardiff striker Andreas Cornelius, on the other hand, will be pushing to be included in what will undoubtedly be a more attacking lineup for a game that Denmark must win.