Both Scotland and Croatia need a win tonight in Glasgow to keep their Euro 2020 hopes alive.

Both nations have only one point from their first two Group A games, with 2018 World Cup finalists Croatia in particularly poor form - and a draw here would likely see each side exit the tournament.

Zlatko Dalic's men must beat Scotland to advance to the last-16 after losing 1-0 to England and drawing 1-1 with the Czech Republic. If they win at Hampden Park, they will finish second in the group if England loses to the Czechs. 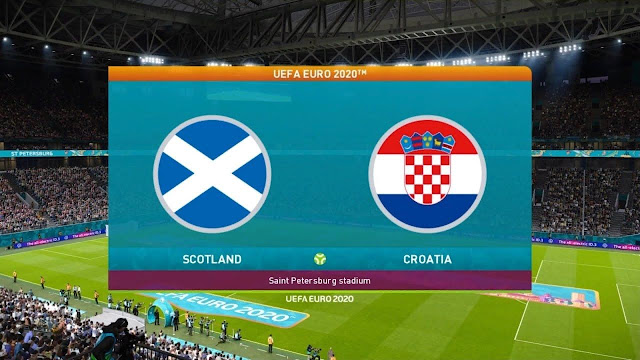 Scotland, meanwhile, is in with a chance of making the knockouts after an impressive 1-1 draw against England, but they must also win to finish at least third - but they could also finish second if England loses and they better the Three Lions' goal difference. Billy Gilmour's Covid test result is devastating.

The game will take place at Glasgow's Hampden Park.

Croatia vs. Scotland TV channel: The match will be broadcast live on ITV 4 and STV for free.

Live streaming: UK viewers can watch the game online via the ITV Hub and STV Player.

Team news and lineups for Croatia vs. Scotland

If they are booked, Brozovic, Caleta-Car, Kovacic, Lovren (Croatia) and McGinn, O'Donnell (Scotland) will be suspended.

Prediction for Croatia versus Scotland

Scotland fought hard against England, with only a lack of quality in front of goal keeping them from a memorable victory at Wembley.

Despite their efforts in London, the Scots have yet to score a goal in the group - and Croatia has real quality up front, which should be enough to qualify.