In a must-win game for both sides tonight, Spain and Poland are looking for their first wins at Euro 2020.

The Spaniards were held to a frustrating goalless draw by a tenacious Sweden defense in their Group E opener, while Poland is in a tough spot after losing 2-1 to Slovakia, who were then beaten 1-0 by the Swedes in their second game on Friday. 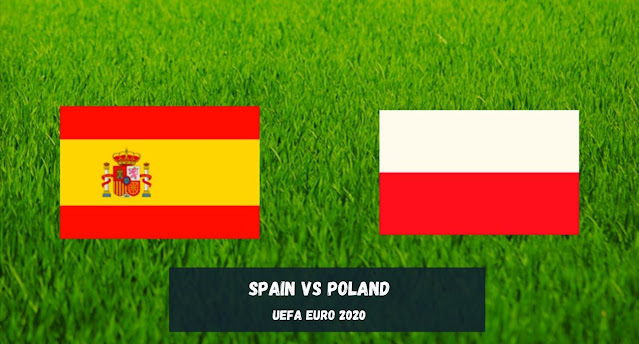 Spain, particularly Alvaro Morata, will need to find their shooting boots in Seville this time around, but they must also be wary of the world-class threat that is Robert Lewandowski.

Poland's star man didn't get much help in their first game, but he only needs one chance to put Spain on the back foot this weekend.

The match between Spain and Poland is set to begin at 8 p.m. BST today, June 19, 2021.
The game will take place at Seville's Estadio La Cartuja.

Where to watch Spain vs. Poland on TV: The game will be broadcast live on BBC One for free.

Team news for Spain vs. Poland

Poland will be without holding midfielder Grzegorz Krychowiak, who was sent off against Slovakia, while Spain will be hoping for the return of captain Sergio Busquets.

Busquets has been isolated in Barcelona since testing positive for Covid-19 on June 6, but he is asymptomatic and is expected to return to the team's camp in Madrid by Friday.

Lukasz Fabianski, Wojciech Szczesny, and Lukasz Skorupski are the goalkeepers.

Prediction for Spain vs. Poland

Luis Enrique's men lacked a cutting edge in their first game of the tournament, but Poland may be more forgiving than the Swedes.