Prediction for Ukraine vs North Macedonia: Both teams will face off in a must-win game in order to advance to the knockout stages. 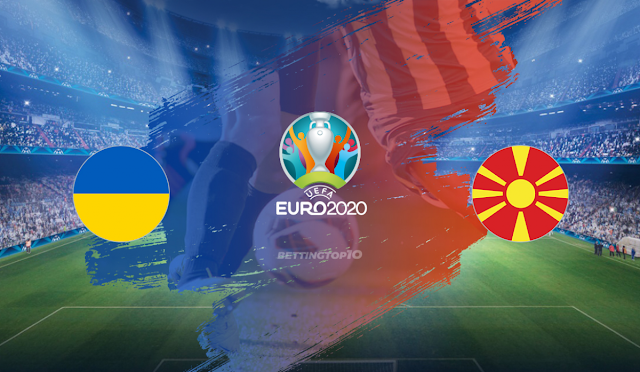 Ukraine will be without Oleksandr Zubkov, who was forced to leave the game against the Netherlands due to a foot injury. Shevchenko is unlikely to make many changes, with Marlos or Viktor Tsygankov possibly coming in. North Macedonia have no injury concerns and are likely to stick with the same starting lineup in the hope of advancing this time.

Prediction and preview for Ukraine vs. North Macedonia

Both Ukraine and North Macedonia were defeated in their opening matches, so their meeting on Thursday will be a make-or-break game for their participation in Euro 2020. When Geoginio Wijnaldum and Wout Weghorst scored before the hour mark, Ukraine appeared to be doomed, but Andriy Shevchenko's team pulled up their socks to equalize with 11 minutes remaining. Andriy Yarmolenko scored the first goal, and Roman Yaremchuk added the second as Ukraine hoped to complete a memorable comeback.

The Euro 2020 debutants were defeated 1-3 by Austria, but the scoreline is far more exaggerated than it appears. Stefan Lainer of Austria scored the opening goal, which was cancelled out by Goran Pandev, and North Macedonia were on their way to a memorable point. However, after coming off the bench, forwards Michael Gregoritsch and Marko Arnautovic scored two goals late in the game to seal the tie for Austria, ending North Macedonia's first Euro game in defeat. A similar outcome is expected against Ukraine, but North Macedonia could surprise everyone.

When Ukraine and North Macedonia meet on the field on Thursday, it will be the first time in six years. Ukraine has two victories, both of which came during Euro 2016 qualification. North Macedonia won in 2004, while their first meeting ended in a goalless draw in 2003.

The Euro 2020 live telecast will be available in India on Sony Sports Network for all games of the tournament. The live broadcast of Ukraine vs. North Macedonia in India will begin at 6:30 PM IST on Sony Ten 1 in English, with an alternate Hindi commentary available on Sony Ten 3. The Ukraine vs North Macedonia live stream India will be available via subscription to the Sony LIV app. Fans can also follow both teams' and the Euro 2020's social media accounts for live match updates, scores, and in-game highlights.