Argentina vs Ecuador Live Copa America 2021: Predictions, odds, and how to watch quarterfinals in the US today

Argentina and Ecuador will face off in the Copa America 2021 quarterfinals today at the Estadio Olmpico in Goiania. Check out the match preview, predictions, odds, and how to watch the game in the United States right here.

The knockout stages of the Copa America 2021 have begun, and this is the most exciting part of the tournament. Argentina and Ecuador will compete today, July 3, for a spot in the semifinals. Here you'll find everything you need to know about this match, including information, storylines, predictions, odds, and even how to watch this must-see game in the United States.

After a strong start to their campaign, La Albiceleste wants to continue their path to a long-awaited continental title. Lionel Scaloni's team comes into this game having won its previous three games. Will Argentina put in another strong performance to retain the trophy?

Meanwhile, La Tri qualified for the quarterfinals after a thrilling Matchday 5 of Zone B in which they snatched a point from Brazil. Gustavo Alfaro's men are still winless in Copa America 2021, but that won't stop them from upsetting a strong contender for the title. 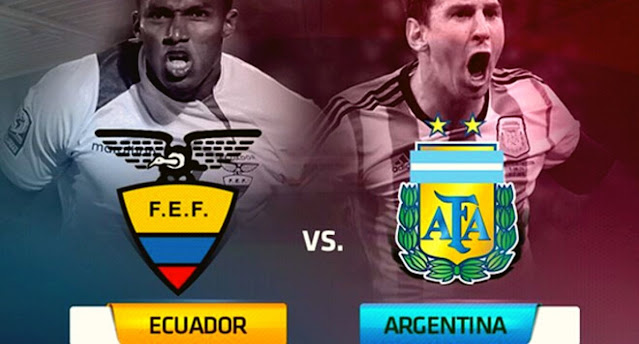 The venue is the Estadio Olmpico Pedro Ludovico Teixeira in Goiania.

Argentina vs. Ecuador: Time in the United States by State

Argentina vs. Ecuador: Head-to-Head and Storylines

Argentina dominated Group A, securing a place in the quarterfinals with relative ease. However, every game from now on will be a must-win, and there will be no room for error. Furthermore, they are under pressure to bring home a highly sought-after Copa America trophy.

Argentina, on the other hand, has dominated Ecuador throughout Copa America's history. This will be their 16th meeting in this tournament, with La Albiceleste holding a ten-win advantage, while the other five matches have been tied.

Lionel Messi, as expected, is Argentina's leading goalscorer in Copa America 2021 with three goals, as well as the tournament's leader. Meanwhile, Ecuador's top scorer is Ayrton Preciado, who has two goals so far.

In the United States, how can I watch or live stream Argentina vs. Ecuador?

The Copa America 2021 quarterfinal match between Argentina and Ecuador at Estadio Olimpico in Goiania will be broadcast in the United States by FuboTV. Univision, FOX Sports App, TUDN USA, Fox Sports 1, Foxsports.com, Univision NOW, TUDN.com, TUDN App are some other options.