Brazil vs Chile Live Copa America 2021: Date, Time, and TV Channel in the US Quarterfinals

Brazil and Chile will compete in the Copa America 2021 Quarterfinals in a thrilling match. Find out when, where, what time, and how to watch this exciting game in the United States.

The Copa America 2021 is nearing the end of its exciting stages, and it will feature a must-see game between two strong contenders for the title. Brazil and Chile will compete in the quarterfinals for a spot in the continent's top four.

Tité's team looked unstoppable in the group stage, dropping only one point against Ecuador on Matchday 5. La Verde-amarela easily qualified for the knockout stages and appear to be the most powerful team in South America right now, making them favorites to retain the title.

La Roja, on the other hand, knows what it's like to taste continental glory, and they've pulled off some stunning victories in the last decade. They are not in the best of form, having been defeated by Paraguay on Matchday 4, but they may have what it takes to compete against the Copa America favorites. 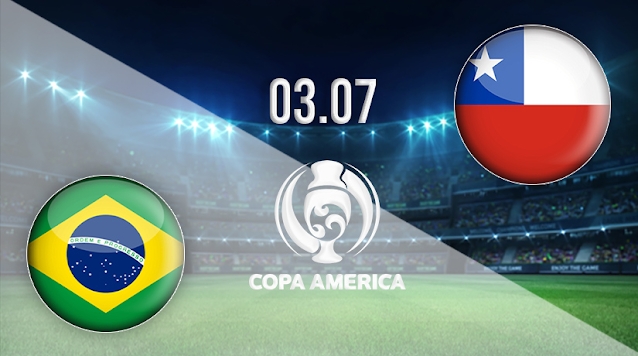 Brazil vs. Chile: When is the game?

Brazil and Chile will face off in the Copa America 2021 Quarterfinals on Friday, July 2, at the Estadio Olimpico Nilson Santos in Rio de Janeiro. The two have high hopes, but only one of them will advance to the finals.

Brazil vs. Chile: Time in the United States

Watch Brazil vs. Chile in the Copa America 2021 Quarterfinals on TV in the United States.

The head-to-head record between Brazil and Chile

Brazil is the overwhelming favorite in this match against Chile. Brazil's head-to-head record against Chile is 51 wins, 13 draws, and 8 losses in 72 meetings. Brazil also won the previous meeting between the two teams by a score of 3-0. Given the history of Brazil vs. Chile, we predict that Brazil will win this match.
>