The Copa America semifinals in 2020 kick off on Monday with a match between Brazil and Peru. Brazil, who are still undefeated in the competition, are the favorites in this rematch of 2019 final. The winner of this competition will compete in the final against either Argentina or Colombia next weekend.

The venue is the Estadio Nilton Santos in Rio de Janeiro, Brazil.

When the teams met in the group stage, Neymar and co. cruised to victory, and they will be eager to replicate that performance.

Brazil and Peru will renew acquaintances in the Copa America 2021 semi-finals at Estadio Olimpico Nilton Santos.

A rematch of the 2019 Copa final, the two teams have already met in this tournament, with Brazil coming out on top in Group B.

Peru will be eager to avoid a repeat of that game's outcome, and they will need to put in a major effort if they are to upset Neymar and Co. and advance to the final. 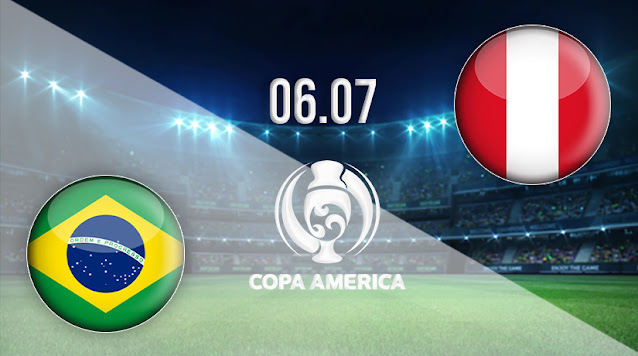 Brazil: The 1-0 win over Chile was an uneasy one, and Brazil was fortunate not to have that game go to penalty kicks despite playing the majority of the second half with a man down. They'll be hoping that type of match is out of their system by the time they face Peru, who are heavy underdogs. The absence of Gabriel Jesus due to suspension shouldn't make much of a difference. After scoring the game-winning goal, Lucas Paqueta should see more playing time as he continues to look sharp when combining with Neymar.

Peru: Andre Carrillo's red card in the quarterfinals against Paraguay could have a big impact here. For a long time, the speedy winger has been one of the team's best players, and losing his quality in attack will make it difficult to break down Brazil from the wings. As a result, Gianluca Lapadula, an Italian-born Peruvian international who has two goals in seven games for the national team in 2021, will face increased pressure.

Brazil and Peru first met in the 1963 Copa America, with the Selecao winning 1-0 thanks to Flavio's winner.

Since then, the two teams have met a total of 31 times, with the Brazilians winning a whopping 21 matches to the Peruvians' four.

The Brazilians won the title with goals from Everton, Gabriel Jesus, and Richarlison, while Peru briefly tied the game with Paolo Guerrero.

This Brazil team is unstoppable here. With a goal in each half, the attacking talent gets its way. Brazil 2, Peru 0 is my pick.