The 2021 Copa America 3rd Place match pits Peru against Colombia, and while winning the Copa America trophy is out of the question, securing a third-place finish is still a chance for triumph in one of the world's most prestigious international soccer tournaments.

After a Lucas Paqueta goal after 35 minutes, Peru lost 0-1 to defending champion Brazil in the semifinals. Colombia drew 1-1 with Argentina but lost 3-2 on penalties.

On Saturday, the final will be held between Brazil and Argentina.

Here's how you can tune in to the game:

What: Third-place game in Copa America.

Who will compete: Peru vs. Colombia 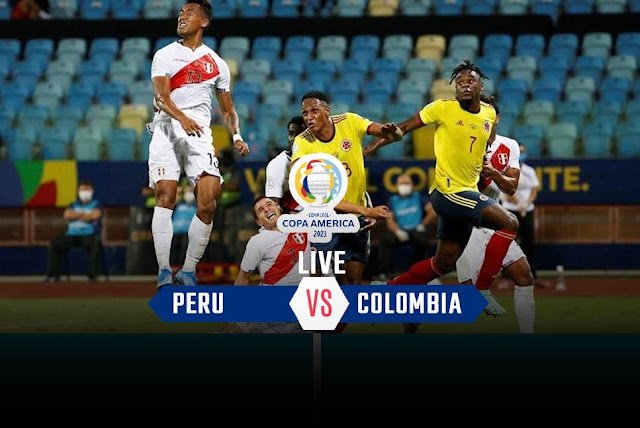 The Copa America 2021 third-place match will be played today between Peru and Colombia. Both teams will strive to win their tournaments after losing in the semifinals to Brazil and Argentina, respectively.

Following a 4-0 loss to Brazil to start the tournament, Ricardo Gareca's team went on to defeat Colombia and Venezuela to finish second in Group B. They drew 3-3 with Paraguay and advanced to the quarter-finals on penalties, but they were unable to defeat La Canaria. Brazil won the semifinals with a solitary goal from Lucas Paquetá.

Colombia, on the other hand, had a shaky performance throughout the tournament. They won their first game against Ecuador, but then drew with Venezuela and lost to Peru and Brazil. They drew with Uruguay and Argentina in the knockout stage. Reinaldo Rueda's side is now seeking a rematch with La Blanquirraja.

Peru's starting XI has been confirmed.

André Carrillo will return to the starting lineup for this match after missing the previous one due to a suspension against Paraguay. Ricardo Gareca will try something more ambitious this time after proving a defensive approach against Brazil.

Colombia's lineup has been confirmed.

Reinaldo Rueda, on the other hand, has all of his players available for Friday's showdown. Duvan Zapata started against Argentina but was replaced by Miguel Borja, who had a good game. However, the Atalanta attacker will start against Peru.