Uruguay will face Colombia in the Copa America 2021 third quarter-final on Sunday morning at Estádio Nacional de Brasil. Uruguay and Colombia both confirmed their places in the league's knockout stages after finishing second and third in Group A and Group B, respectively. Uruguay won two of their four games in the Group stage. They were defeated in one match and tied in another. Colombia, on the other hand, had two losses in four games. They only won one game, and the other ended in a tie.

With a spot in the Copa America 2021 semi-finals on the line, we're in for a treat.

Uruguay has no injuries to report as of yet. La Celeste also has no suspensions because they were disciplined during the league's Group stage. Ronald Araujo of Uruguay, who missed the group stage due to a muscle strain, has recovered and is available for selection. However, he is extremely unlikely to play tonight. 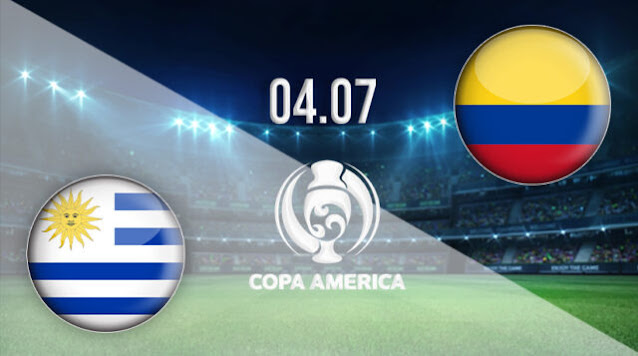 Meanwhile, Los Cafeteros will be without the services of Juan Cuadrado and Yairo Moreno, their two fullbacks. While Colombia's CF Pachuca left-back Moreno is out due to a muscle injury sustained during their match against Ecuador, Cuadrado will miss tonight's game due to suspension.

When does the Copa America 2021 match between Uruguay and Colombia begin?

Uruguay vs. Colombia match is set to begin at 03:30 a.m. IST on Sunday at Mané Garrincha Stadium in Brazil.

What channel will broadcast the Copa America 2021 match between Uruguay and Colombia?

In India, the Uruguay vs. Colombia match will be broadcast on Sony Sports Network.

How can I watch Uruguay vs. Colombia in the Copa America 2021?

The game between Uruguay and Colombia can be watched live on the SonyLIV app.

Uruguay wins 1-0. Colombia
Uruguay hasn't exactly hit top gear in Copa America 2021, but they've shown their usual resilience and toughness to get out of a jam and into the knockout phase. Colombia, on the other hand, has been quite poor up to this point in the tournament, particularly going forward. On Saturday night, a tight game with few chances could be on the menu, with Uruguay edging out a narrow win with form and momentum on their side.
>