Tonight, Italy and Spain face off in a crucial Euro 2020 semi-final match at Wembley Stadium.

The Azzurri have won 15 games in a row and are undefeated in 32 games after beating the world's top-ranked squad Belgium in Munich in the final eight.

Spain appeared to have rediscovered their scoring touch, but they were back to their squandering ways as they beat Switzerland on penalties in Saint Petersburg.

This evening, they travel to the home of football to compete for a spot in the final on Sunday.

Tonight, Tuesday, July 6, 2021, at 8 p.m. BST, Italy will take against Spain.
The match will be placed at Wembley Stadium in London, with 60,000 fans expected to attend, while quarantine restrictions will prevent spectators from traveling from Italy or Spain from attending. 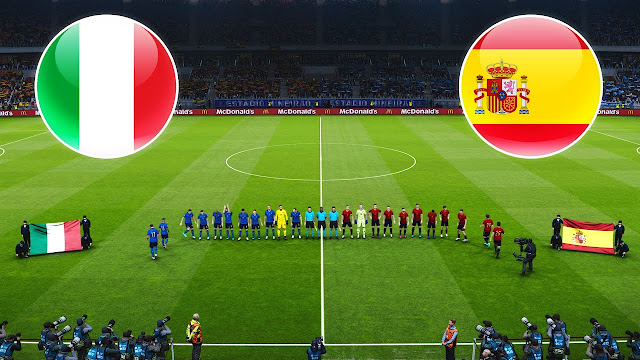 Where can I watch Italy vs. Spain on TV?

The match will be shown live on BBC One for free tonight.
Live stream: BBC iPlayer users in the United Kingdom will be able to watch the game unfold online.

Team news for the match between Italy and Spain

After being stretchered off against Belgium and undergoing surgery for a ruptured Achilles tendon, Italy will be without Leonardo Spinazzola, one of the best players at the tournament. He'll be out for at least a few months.
Emerson Palmieri of Chelsea is anticipated to fill in for Spinazzola, as he did against Belgium on the bench.
Due to a muscular injury, Spain removed Pablo Sarabia at halftime of their win over Switzerland, and he is unlikely to be healthy for tonight's match.
Dani Olmo of RB Leipzig should once again replace the Paris Saint-Germain forward.

Prediction for the match between Italy and Spain

Spain returned to their toothless best against Switzerland, edging them out on penalties after missing a slew of chances and coming up against a fiery Yann Sommer.
Belgium, on the other hand, pushed Italy all the way, but they still posed a serious threat.
In my opinion, there is only one winner, and the Azzurri should win 3-1 in normal time.
>