Barcelona and Juventus face off on Sunday in a renowned match for the Joan Gamper Trophy, which serves as a prelude to the start of the La Liga and Serie A seasons. The trophy has been awarded since 1966 and is named for a founding member and former player who also served as president.

Juve won it in 2005, one of just three teams to do so since 1997, while Barca has won it eight times in a row. The match was intended to be a gauge of how these two sides are shaping up ahead of their respective seasons, as well as a platform for Lionel Messi to prolong his contract at Camp Nou. Instead, after bidding farewell to Lionel Messi on Thursday in a move that sent shockwaves throughout the world, the focus has switched to the financial status of Barcelona as a club.

Here's how to watch the game and everything you should know:

Joan Gamper Trophy: How to Watch 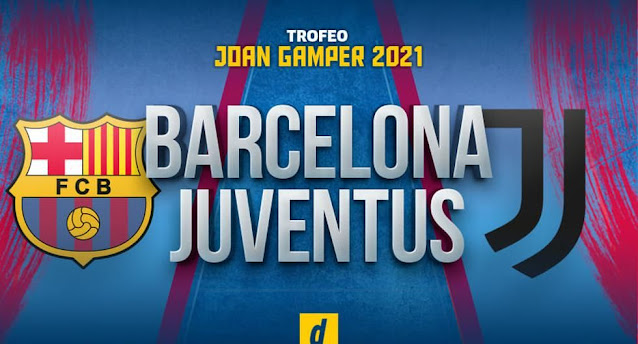 Barcelona: Ronald Koeman has had a terrible summer, and it shows no signs of slowing down, with the team no closer to acquiring new players. Memphis Depay, Sergio Aguero, and Eric Garcia, as well as the famous Lionel Messi, are all close to joining Paris Saint-Germain, according to PSG manager Mauricio Pochettino.

There's a good chance the Blaugrana will start the season without those new faces until they can find a way to dramatically lower their enormous salary cost, and some sacrifices will almost certainly be made.

Juventus: After a summer of speculation over Cristiano Ronaldo's future, Massimiliano Allegri has returned to Turin and will coach the team this season.

The Italians are still grieving from last season's title loss to Inter Milan, who were declared Serie A champions, and the Bianconeri will be eager to reclaim their position as the domestic powerhouse.

Barcelona has a modest advantage over Juventus, having won four of the ten games played between the two teams. Juventus has three wins over Barcelona and will be looking to even the score in this match.

Last year's game between the two teams took place in the UEFA Champions League, and Juventus came out on top 3-0. Barcelona had a poor night and will be looking to rebound this weekend.

Prediction for Barcelona versus Juventus

The Joan Gamper Trophy was supposed to be a rematch between Lionel Messi and Cristiano Ronaldo, but with the former now a free agent, Barcelona's other players will have to step up and fill a colossal hole.

Juventus, on the other hand, has put together a solid roster with some outstanding players. The Bianconeri are currently the better team and have a little advantage going into this game.

Barcelona 1-2 Juventus is my prediction.