Real Madrid is back and angrier than ever.

Los Merengues lost La Liga to city rivals Atletico Madrid last summer, and that saw a change in the backroom staff - with Carlo Ancelotti returning to bring glory to the white half of the Spanish capital.

His revolution began with a convincing 4-1 win over Alaves on the opening weekend of the season, and Karim Benzema was at it again with a brilliant brace. Madrid face Levante in the second gameweek, hoping to continue their 100% record.

It won't be easy against a stubborn Levante side, but los Merengues will expect nothing less than three points on their travels. Will they get another win over the line?

How to watch Levante vs Real Madrid on TV/live stream

When Is Kick-Off? Sunday 22 August

Where Is it Played? Estadio Ciudad de Valencia

Ancelotti is not blessed with a full squad to pick from, as he remains without the likes of Dani Ceballos, Ferland Mendy and Toni Kroos. Dani Carvajal is still out of action too, while Luka Modric is a new injury worry, having picked up a groin problem.

Gareth Bale started against Alaves on his return to the Madrid side, and he may well be offered the chance to shine once again on Sunday evening. The Welshman should lineup alongside Benzema and Eden Hazard.

As for Levante, they may be without experienced striker Roberto Soldado through injury, while Alex Blesa and Dani Gomez also miss out. The match-winner from the last meeting, Roger Marti, should be handed the chance to repeat history. 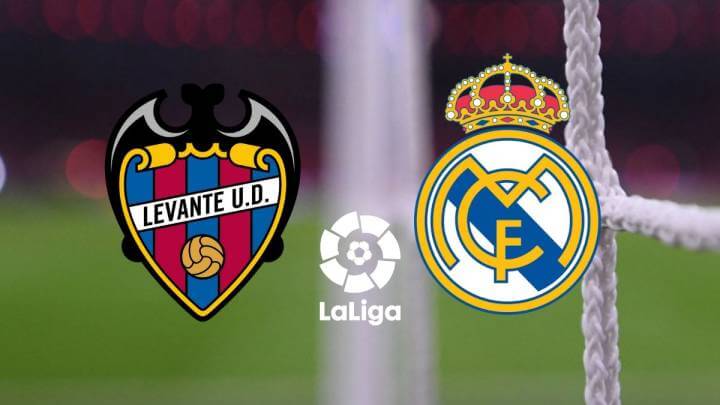 Could Levante be described as a bit of a bogey team for Madrid? The Spanish giants would usually dispatch of a club this size with ease nine times out of 10, but that hasn't been the case with Levante over the past few years.

Los Blancos have won only three of their past eight meetings with the Frogs, suffering just as many defeats. The last encounter saw Levante rock up to the Spanish capital and secure the most dramatic of 2-1 victories, ultimately costing Madrid in their title charge.

Levante seems to have the Merengues' number.

The feel good factor is alive among the Madrid players, as the ego whisperer Ancelotti works his magic. The 4-1 hammering of Alaves set the tone for how the Italian wants his side to play this season, and Levante will be feeling a touch nervous for this one.

Benzema has started the season in the same fashion that he played the entirety of the last campaign, and we fancy him to be among the goals once more. It may not be as prolific a 90 minutes for Madrid, but they should get the job done.