Following a grueling 2020/21 season, United finished second to winners Manchester City, and have subsequently signed Jadon Sancho and Raphael Varane to try to close the gap on their noisy neighbors.

The onus will be on Solskjaer and United to get off to a solid start and build a real title threat - and Leeds, who was one of the outstanding performances last season, will be up first.

Leeds United finished ninth, with Marcelo Bielsa's side providing an exhilarating, though at times chaotic, brand of high-tempo football to supporters and neutrals alike.

Last December, United smashed Leeds 6-2 in a delightfully open Old Trafford match, and if this season opener for 2021-22 is half as good as that, we could be in for a treat on the first weekend of the new season.

The match between Manchester United and Leeds will take off at 12:30pm BST today, Saturday, August 14, 2021, at Old Trafford.

Where can I watch Man Utd vs Leeds on TV? The match will be broadcast live on BT Sport 1 and BT Sport Ultimate starting at 11:30 a.m.

Subscribers to BT Sport will be able to watch the match live online via the website or the BT Sport app. 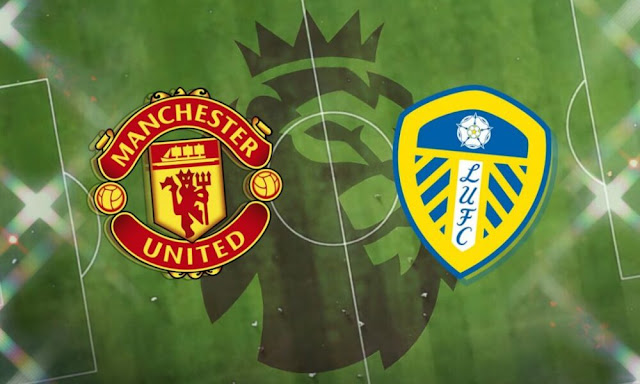 While Sancho has joined United, he has only recently begun training and is not yet a match fit, but he should play some part this afternoon.

Another new signee Varane, on the other hand, has yet to properly finalize his transfer and hence has not yet been registered or started training with the club.

Mason Greenwood and Anthony Martial could start in attack for the hosts due to Edinson Cavani's return from a period of isolation following the Copa America, and Marcus Rashford's absence due to shoulder surgery.

Last season's first meeting between the two sides saw eight goals scored, with United winning 6-2 - but that was followed by a goalless draw at Elland Road, so picking a winner is a bit of a fool's errand.

While United is not yet fully fit, Bruno Fernandes was in fine form in a 4-0 pre-season thrashing of Everton last weekend, and the Red Devils will fancy their chances of winning.