RCB vs. RR Vivo IPL 2021 match between Rajasthan Royals and Royal Challengers Bangalore: Dream11 Prediction, Fantasy Cricket Tips, Dream11 Team, Playing XI, Pitch Report, Injury Update In this season of the Vivo IPL 2021, they will face each other for the second time.

This game is set to begin at 7:30 p.m. IST and will be broadcast live on Star Sports Network.

On the 29th of September, the Rajasthan Royals will face Royal Challengers Bangalore in the 43rd match of the season at the Dubai International Cricket Stadium in Dubai. Royal Challengers Bangalore have won six of their ten games so far this season, and are presently in third place in the points standings. Rajasthan Royals, on the other side, have won four of their first ten matches and are currently ranked sixth.

Rajasthan Royals' most recent match was against Sunrisers Hyderabad at Dubai International Cricket Stadium, which SRH won by 7 wickets. The Royals scored 164 runs in their first innings, with their captain scoring another half-century (82 off 57 balls). With 9 balls to spare, the Hyderabad side chased down this total.

The two teams have met 24 times in the tournament's history, with RCB winning 11 times and RR winning 10. The previous time these two sides played, Royal Challengers Bangalore controlled the game one-sidedly and won by 10 wickets at Wankhede Stadium. 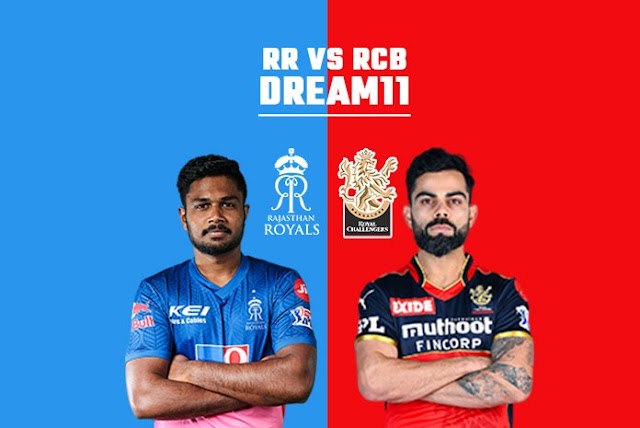 On matchday, the temperature is forecast to be approximately 34°C, with 63 percent humidity and a wind speed of 19 km/hr. During the game, there are no chances of rain.

The Dubai International Cricket Stadium is a batting-friendly venue, and the hitters are anticipated to benefit once again. Pacers may be aided in the second half of the contest, while spinners may be needed in the middle overs.