Manchester United will attempt to bounce back from their Champions League setback when they face West Ham United on Sunday afternoon in the Premier League.

The Red Devils were defeated 2-1 by Young Boys in their first group-stage match on Tuesday, but West Ham kicked off their Europa League campaign with a 2-0 victory over Dinamo Zagreb.

West Ham won 2-0 against Dinamo Zagreb in Croatia on Thursday night, thanks to goals from Michail Antonio and Declan Rice. It was a tremendously remarkable display from the Hammers, who have matured into a superb squad under David Moyes' direction.

Last season's sixth-place finish, just two points behind the top four, has heightened expectations at the London Stadium, and they've had an encouraging start to the new Premier League season, picking up eight points in their first four games to lie in eighth place.

The Hammers began the 2021-22 season with back-to-back victories over Newcastle United and Leicester City, scoring four goals in each match. However, they were halted at home by Crystal Palace at the end of August before drawing 0-0 with Southampton last weekend.

West Ham is now prepared to face Manchester United twice in as many days, with a trip to Old Trafford in the EFL Cup on Wednesday night and a Premier League match against Leeds United on September 25.

On September 30, Moyes' side will host Rapid Vienna in the Europa League at the London Stadium, and it will be fascinating to observe how the manager balances the team in the midst of such a hectic schedule.

Man United, like West Ham, has a hectic conclusion to the month, with a home meeting against Aston Villa in the Premier League following Wednesday's EFL Cup match, and then a Champions League match against Villarreal at Old Trafford.

The Red Devils are unbeaten in their previous 28 Premier League away matches, the longest such run in English league history, but they will have a stiff test on Sunday afternoon against a strong West Ham team. 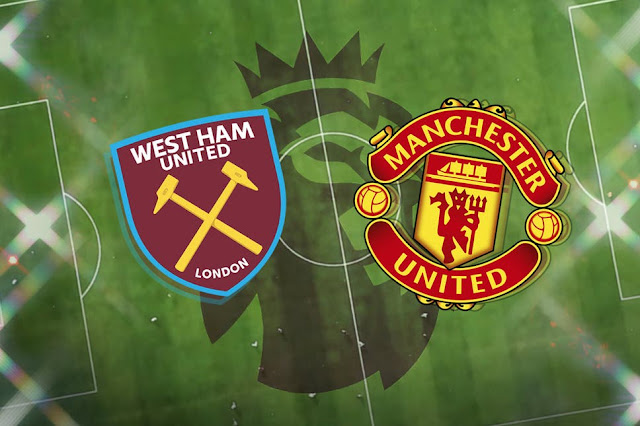 West Ham United will be without key forward Antonio on Sunday due to suspension after the 31-year-old was sent off against Southampton last Saturday.

Antonio has four goals and three assists in four league games for the Hammers this season, so his loss will be felt, and Jarrod Bowen may be forced to play down the middle.

West Ham will almost certainly pitch a back three, with Kurt Zouma joining Angelo Ogbonna and Craig Dawson in defense, with Tomas Soucek and Rice, set to start in midfield.

Bowen would likely be supported at center-forward by Said Benrahma and Pablo Fornals, with Vladimir Coufal and Aaron Cresswell acting in the wing-back areas for Moyes' side.

Marcus Rashford has returned to training after a shoulder injury, but this encounter will be too soon for him, while Amad Diallo and Edinson Cavani are also out.

Scott McTominay, on the other hand, is back in training after groin surgery, and Solskjaer intimated that the Scotland international may have played against Newcastle last weekend, so it wouldn't be surprising to see him named in the starting XI for the Red Devils here.

Paul Pogba would presumably move to the left in a midfield two of McTominay and Fred, with Mason Greenwood on the right and Bruno Fernandes straight behind Ronaldo.

Wan-early-season Bissaka's form has been questioned, and he is competing with Diogo Dalot for a starting spot, but the 23-year-old should keep his place with Harry Maguire, Raphael Varane, and Luke Shaw at the back.