Argentina and Uruguay will face today in the World Cup Qualifiers 2022 for another "Ro de La Plata Clásico." Find out more about the game, including a preview, facts, predictions, odds, and how to watch it in the United States.

At El Monumental Stadium, Argentina will meet Uruguay on Matchday 5 of the Conmebol 2022 World Cup Qualifiers. After drawing their last two matches, these two bitter rivals will strive to add three points to their tally. Find out everything you need to know about El Clásico de Ro de La Plata, including the preview, predictions, and odds, right here. This match will be broadcast on FuboTV in the United States.

The Albiceleste are heading into this match after a goalless draw with Paraguay in their previous match. While Lionel Scaloni's team created numerous scoring opportunities, they were unable to find the back of the net. With 19 points thus far, they are in second place on the standings.

Uruguay, meanwhile, drew their most recent match against Colombia (0-0). Oscar Washington Tabarez's team is in fourth place with 16 points, the same as Ecuador, who are in third place. La Celeste will attempt to scratch some points in order to gain some climbing positions. 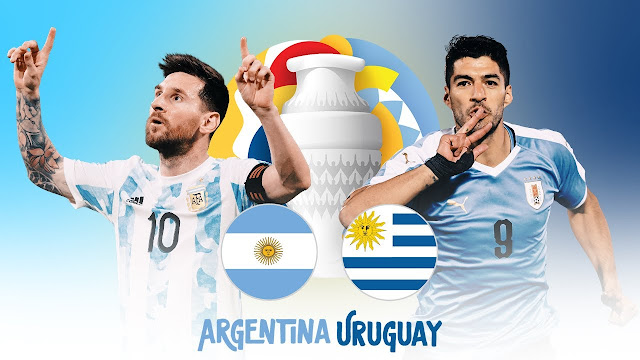 Argentina vs. Uruguay: Time in the United States by State

Storylines from Argentina vs. Uruguay

Argentina and Uruguay have met 197 times in the overall series. La Albiceleste leads with 91 victories, while La Celeste has 58 victories. So far, they've drawn 48 times. Argentina won 1-0 in their last meeting in the Copa America in 2021.

When we only consider the World Cup Qualifiers, though, these two sides have met 12 times. Argentina is likewise in first place with six victories, whereas Uruguay has only won twice and drawn four times.

In the United States, how can I watch or live stream Argentina versus Uruguay?

Uruguay vs. Argentina: Predictions and Odds

For this encounter, the oddsmakers have already made their predictions. Argentina is the strong favorite, with odds of -150, while Uruguay has odds of +500, according to FanDuel. A tie would result in a payment of +240.