In the first match of Super 12 of T20 World Cup 2021, Australia face South Africa (AUS vs SA) in Group 1 in Abu Dhabi. In Group 1 of Super 12, apart from Australia and South Africa, the teams of defending winners West Indies, England, Sri Lanka and Bangladesh are included. Out of this, the top 2 teams will qualify for the semi-finals.

So far 21 T20 Internationals have been played between Australia and South Africa, in which Australia has won 13 and South Africa has won 8 matches. In the T20 World Cup, there has been only one match between the two teams so far and in that match in 2012, Australia won by 8 wickets.

Both the teams for T20 World Cup 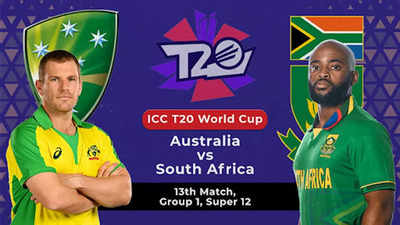 The pitch in Abu Dhabi is batting friendly and winning the toss and opting to bowl first could be the right thing for both the teams. The team batting first will have to keep an eye on the score above 160.