On Thursday, October 7 at the Sharjah Cricket Stadium in Sharjah, Kolkata Knight Riders will face Rajasthan Royals in Match No.54 of the 2021 Indian Premier League. With a net run rate of 0.294, the Knight Riders, captained by Eoin Morgan, have a solid chance of making the playoffs.

However, if they lose their next match, they'll have to rely on the Mumbai Indians losing against the Sunrisers Hyderabad. The Royals aren't playing well, and the Knights will be hoping to clinch a postseason berth in their next game. The Men in Gold and Purple have done well in the UAE.

So far in the competition, the pitch in Sharjah hasn't been pleasant to bat on. It will be critical to score runs in the first six overs. The spinners are expected to be pivotal in the game. Chasing should be the strategy of choice. 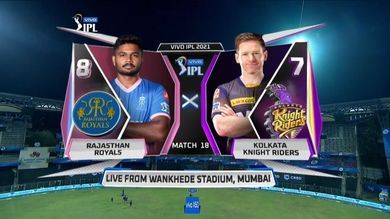 The match's most likely best Player

In the ongoing round of the IPL, Venkatesh Iyer has been a revelation for the Knight Riders. The left-handed batter has already scored 201 runs in six games, with an average of 40.20 and a strike rate of 134. Despite the fact that he did not score against the Sunrisers, he is more than capable of making amends against the Royals. Not to mention that he's a wizard with the ball.

Varun Chakravarthy has been outstanding for the Knight Riders in IPL 2021's UAE leg. He is now Morgan and Co.'s highest wicket-taker, with 15 wickets at an economy rate of 6.73 from 13 games. Chakravarthy has made reparations in the second half, despite his lack of success in India. The Royals' batters may have a difficult time facing him.