This week marks the return of the South American 2022 World Cup Qualifiers, which will include an interesting match between Paraguay and Argentina at the Estadio Defensores del Chaco in Asuncion. Check out when, where, and how to watch it in the United States.

International soccer has returned, and the South American 2022 World Cup Qualifiers will resume in October with an intriguing triple-header. On Matchday 11 of the campaign, Paraguay and Argentina will face off. Check the date, time, and TV channel to see if it'll be shown in the United States.

La Albirroja returned to winning ways in September following a six-game losing streak. Eduardo Berizzo's team beat Venezuela 2-1 to keep their hopes alive for a place in Qatar 2022, but they can't afford to lose any more points now.

However, Paraguay will face a difficult task in La Albiceleste. In the Qualifiers for the Copa America 2021, the champions have yet to lose a match (W5 D3). Argentina's final match was also memorable. They put three past Bolivia in their first game with fans in a long time, thanks to Lionel Messi's great night, in which he broke Pele's record for most international goals for a South American player. 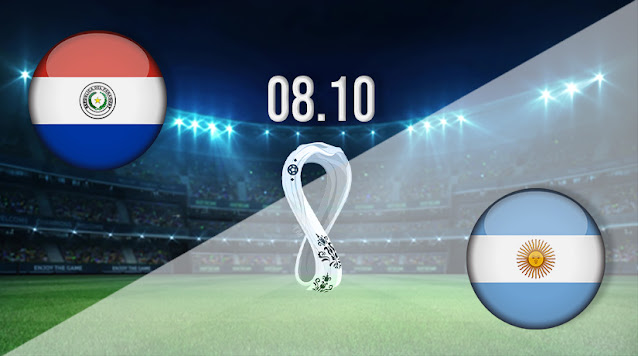 Argentina vs. Paraguay: When is the match?

Paraguay and Argentina will meet at Estadio Defensores del Chaco in Asuncion on Matchday 11 of the South American 2022 World Cup Qualifiers on Thursday, October 7. The hosts are in sixth place, while the visitors are in second place, behind leaders Brazil.

Argentina vs. Paraguay: Time in the US by State

Paraguay vs. Argentina on a US television channel

FuboTV will stream the match between Paraguay and Argentina in Asuncion on Matchday 11 of the Conmebol 2022 World Cup Qualifiers.