In the case of Argentina, those led by Lionel Scaloni defeated Uruguay in local condition with a goal from Ángel Di María. The 'gaucho' team are making good progress in the Qualifiers and it was also part of obtaining the Copa América 2021. Everything indicates that they will qualify for the next soccer World Cup. This is how they arrive confident from the hand of Lionel Messi.

Brazil is also going through a better time and secured their pass to the Qatar 2022 World Cup after beating Colombia with a solo goal from Lucas Paquetá. Tite had to call up defender Gabriel Magalhães, a player who plays for England's Arsenal, to replace the injured Lucas Veríssimo and Edenilson in place of Casemiro.

Ahead of the Clasico next Tuesday against Brazil in San Juan, coach Lionel Scaloni received two good news: Lionel Messi’s training at a good pace and the possibility of adding Leandro Paredes to the group, who recovered from his muscle injury and aspires to have a few minutes in the duel against 'Canarinha'.

In this way, captain Messi could return to the title in the South American classic next Tuesday against Brazil at the San Juan Bicentennial Stadium, in a duel that will cross the 'Canarinha' -leader and already classified to Qatar 2022- with him second in the standings.

The coach Lionel Scaloni did not give clues about the team but Lionel Messi could enter for Paulo Dybala, who in the victory against Uruguay came out with a muscular discomfort, while the other question in midfield is whether Leandro Paredes will replace Guido Rodríguez. 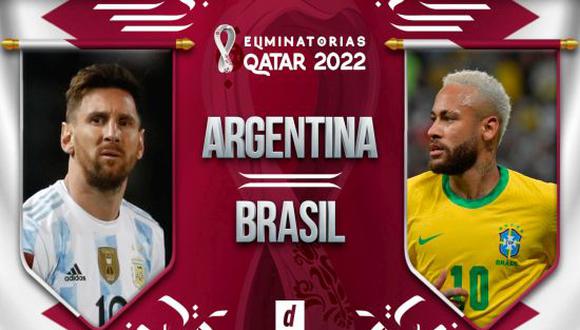 The other doubt for the duel against Brazil is on the right side if Nahuel Molina Lucero will remain, or if Gonzalo Montiel will enter in that place.