When they last met in the Champions League, Manchester United came back from two goals down to overcome Atalanta at Old Trafford, and they'll meet again this midweek in Bergamo in one of the most intriguing Matchday 4 matchups of this year's group stage.

The Nerazzurri, led by Gian Piero Gasperini, will be looking for vengeance against Ole Gunnar Solskjaer's Manchester United, but they have yet to reach full pace in Serie A this season. Atalanta has had a generally mixed season so far under Gasperini but will be hoping to pick up three points against Manchester United to put themselves in a solid position in Champions League Group F.

News from the Team

Atalanta has received some good news on the injury front, as defender Jose Luis Palomino has returned to full fitness and is ready for selection, while Berat Djimsiti has also been named in the squad by manager Gian Piero Gasperini. They are still missing major players Rafael Toloi, Robin Gosens, Matteo Pessina, and Hans Hateboer.

With Djimsiti and Palomino back in contention, they should return to the starting XI for the home team, forming a three-man backline with Merih Demiral to protect Juan Musso in goal. Meanwhile, when the team is in control, Davide Zappacosta and Joakim Maehle will play as the two wing-backs in charge of providing attacking width.

Marten de Roon, who scored against Lazio at the weekend, should return to his natural position in the center of the park after starting last time out in defense. In the center, he'll most likely be joined by Remo Freuler, with Teun Koopmeiners available off the bench for Gasperini.

Josip Ilicic, whose movement created a lot of difficulties for Manchester United last time out, is a lock for one of the two attacking midfield places. He'll most likely be paired with Ruslan Malinovsky, who will be in charge of creating opportunities for Duvan Zapata, the main striker. From the replacements' bench, Luis Muriel is a capable alternative for Atalanta. 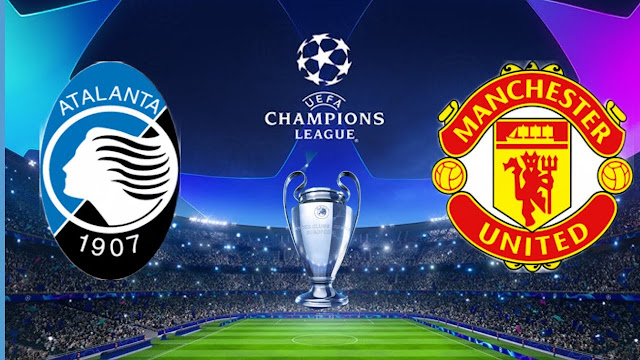 Manchester United has been dealt another injury setback, as defender Victor Lindelof suffered an injury during a training session on Monday and will miss the rest of the season. Ole Gunnar Solskjaer has named Amad Diallo, a former Atalanta whizkid, in his 25-man squad, and will also be able to rely on Paul Pogba, who missed the weekend match owing to a domestic suspension.

Solskjaer is anticipated to stay with the three-man defensive line that performed admirably against Tottenham. There will be a personnel shift, with Eric Bailly, Raphael Varane, and captain Harry Maguire set to stand in for the injured Lindelof. Manchester United's David de Gea will be protected by the three in goal.

Last time out, Aaron Wan-Bissaka showed terrific attacking desire as a wing-back, and he'll seek to improve his final product. Solskjaer might start Alex Telles on the left side, with Luke Shaw coming off the bench. Scott McTominay will most likely hold his spot in the middle of the park, where he will be responsible for defending the defense.

The Scotsman will almost certainly be flanked by Pogba, who will be free to push higher up the pitch and play alongside Bruno Fernandes in an attempt to pick apart the Atalanta defense with penetrating forward passes. Despite his performance against Tottenham, Edinson Cavani is expected to be replaced on Tuesday by Marcus Rashford, who will partner with Cristiano Ronaldo up front.

When does the match between Atalanta and Manchester United begin?

Where can I watch Atalanta against Manchester United?

In the United Kingdom, BT Sport owns the rights to Champions League programming, hence Atalanta vs Manchester United can be seen on BT Sport 2 or the BT Sport app. The game is broadcast on Paramount+ or TUDN USA in the United States.
>